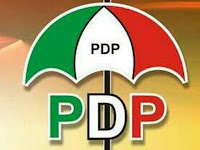 PDP seeks to  resolve the lingering intra-party crisis rocking the party in the state, the new state executive of the Peoples Democratic Party in Imo state has inaugurated an 18-man reconciliation committee.


The committee is headed by a former Vice-Chancellor of the Federal University of Technology, Owerri, Prof. Jude Njoku, just as a former deputy governorship candidate in the state, Chief Chuma Nnaji, is the secretary of the committee.

The committee is expected to resolve the lingering crises among party leaders and submit its report before the end of the year.

The state Chairman of the PDP, Mr. Babatunde Ezekwem according  to him  disclosed this while briefing newsmen in Owerri, said that the committee became inevitable in the party’s desire to reconcile all factions.

He said, “My executive is conscious of the fact that politics is teamwork. We are not ready to commit the mistakes of the past. We want to tell our foes that PDP has the capacity and the intelligence to resolve its internal differences. we are determined to present to the Imo people, a brand-new PDP with all the laudable attributes of a party run according to democratic ideals.”