It’s no longer news that the seat of power for Abia State has been a keenly contested fight between the following: Dr Okezie Ikeazu, Dr Alex Otti  & Uche Sampson Ogah. This write up is aimed at x raying once more the 3 Top Contender. Dr Okezie Ikpeazu has won during the elections and this week he also won another legal battle.
Congrats Dr Ikpeazu  now you can concentrate to deliver the dividends of democracy to your people 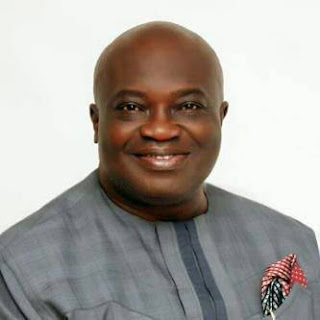 His Excellency Dr Okezie Ikpeazu is an acclaimed academician. He holds BSC, Msc and BhD degrees in various aspects of Biochemistry. He had been a lecturer at the Cross Rivers State University of Technology and Enugu State University of Science and Technology. He was the immediate past Deputy General Manager, Abia State Environmental Protection Agency (ASEPA) Aba Zone. He had also served as the General Manager, Abia State Passenger Integrated Manifest Scheme (ASIPMS).
DrIkpeazu was in June 2002 appointed the first Transition Committee Chairman of Obingwa Local Government Area. He was also Chairman governing board Abia State Colledge of Health Technology 2009 t0 2010
Governor Ikpeazu is well known for his dynamics and enjoys the support of people and from Nigerian Eye pull in recent times is most likely to pick the ticket of the party.
He attended Amaise Central Primary School Umuobiakwa, Eziama High School Aba and Ihie High School for his secondary education. He holds two degrees from University of Maiduguri, Borno State, A Bachelor Science Degree in Clinical Biochemistry, and a Master of Science in Biochemical Toxicology
H.E OkezieIkpeazu is from Umuebre in Umuobiakwa, IsialaukwuMbato Autonomous Community of Obingwa LGA of Abia South and according to the zoning arrangement was highly favored during the elections this went a long way to ensure that he emerged victorious at the polls. 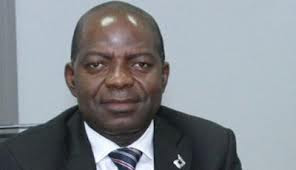 Dr Alex Otti was the CEO/Group Managing Director of Diamond Bank, a position he resigned from to pursue his ambition of becoming the next governor of Abia State. His banking career began in 1989 and spanned over 25 years.
Dr Alex is from IsialaNgwa South in Abia Central and therefore outside the zoning arrangement for the governorship.
Dr Alex had his secondary school education at Ngwa High School Aba and Secondary Technical School, Okpualangwa in Abia State. He is a First Class honours degree holder in Economics from University of Portharcourt,
His greatest asset during the last gubernatorial race was his enormous wealth. He had the resources and  prosecuted his ambition to the last and was not deterred by the zoning formul.
During the prelude to the election on 11th November 2015, he  ditched the PDP for APGA .Citing emerging realities in the state for his action.
According to him :  “ I have left the PDP and to me coming to APGA is like a homecoming. …. I am very happy to be back home, we have a mission to take back our state and put it back on the part of industrialization. We have started the journey, we know that there is a whole lot we could do. When I look at Aba, I regret that I did not take this decision to serve my people before now. It is a great sacrifice for me to leave what I was doing until a few weeks ago. But it is not too late, we are here to win and win we must “
He may not have been in active politics, which many saw as a minus but which actually worked to his favour. He was leading before the re-run elections. It is an established fact that  the populace has been disappointed by politicians, who were in the corridors of power before being elected into various offices and yet failed to deliver when the opportunity came their way.
Dr Alex is highly respected and on the board of several companies. He holds several Honours: Honourary Doctorate degree by Babcook University, Anhonourary Doctor of science degree by University of Portharcourt. An Alumnus of the prestigious Havard Business School.Certainly. He unfuntenatly lost this case to Dr Ikeazu at the Supreme Court.

UCHE SAMPSON OGAH
Dr. Uche Sampson Ogah is the Chief Executive of Masters Energy a conglomerate with over 15 subsidiaries and interests spanning across Oil & Gas, Banking, Insurance, Aviation, Shipping, Dredging, Logistics, Constructions, Travel Agency, Power etc.
The Man Uche Sampson Ogah is today well known for his business acumen which has made him quite successful and distinguished from his mates. He was involved in student politics in his school days and as the adage says an old woman never grows old in the dance steps that she knows.
He was a banker of distinction and spent over 10 years in the banking sector. He resigned as Assistant General Manager Zenith Bank, A successful entrepreneur, businessman, philanthropist, enterprising, articulate
He holds the following: National Award, Officer of the Order of the Niger (OON), Masters of Business Administration (MBA) from University of Lagos, Bachelor of Science (Banking & Finance) from Ogun State University, Post Graduate Diploma (PGD) from University of Nigeria Nsukka and HND (distinction) from the prestigious Institute of Management and Technology, Enugu
Dr Uche Ogah hails from uturu, in isikwuato Local Government Area Abia State. His greatest obstacle to the gubernatorial race is the zoning arrangement. By the political blocs in which the state is delineate, Isuikwato falls under Abia North and the political blocs are the basis for the zoning. For so long, Abians has waited for dividend of good governance. As the race to occupy the seat of chief executive of Abia State was on d climax, DrUche Sampson Ogah was certainly the man to watch out for in top contender. Despite loosing the primaries to Dr Ikpeazu, he took the fight legally when he got the judgement in his favour that sacked Dr Ikepazu as the Governor, he was even issued a Certificate of return by INEC but an Appea by the incumbent Governor saw this upturned.