Akpata, Ozekhome and others Condem Plan By Northern Lawyers To Form Parallel NBA 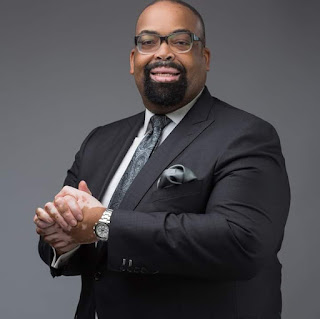 The newly sworn-in President of the Nigerian Bar Association, Olumide Akpata; and some other Senior Advocates of Nigeria have condemned the move by northern lawyers in the country to form a parallel association.

Some lawyers of northern extraction had, on Friday, formed the ‘New NBA,’ following the recent controversy that trailed the withdrawal of an invite to the Kaduna State Governor, Nasir el-Rufai, as a guest speaker at the association’s conference.

The breakaway group, in a statement by two lawyers, Nuhu Ibrahim (Convener 1) and Abdulbasit Suleiman (Convener 2), explained that the formation of the ‘New NBA’ was aimed at protecting their interests as enshrined under Section 40 of the constitution.

But the NBA president, in his inaugural speech on Friday, described the secession moves within the association as unfortunate and called for unity.

Akpata said, “I am not unaware of very recent events and agitations that have tended to divide our Bar along regional and religious lines. This is rather unfortunate for an egalitarian Association like ours.

“The Bar that I want to lead, henceforth, is one that is united on all fronts and that recognises that our diversity is, perhaps, our greatest strength. I plead with all Nigerian lawyers to bear this philosophy of unity in mind as we commence a new journey together today.”

In the same vein, Mr Tayo Oyetibo, SAN noted that, although any group of persons could form an association, due to the right to freedom of association, the factionalised NBA might not stand the test of time.

Oyetibo said, “I can’t condemn any group of people who want to form an association because there is freedom of association and it’s their constitutional right.

“But the NBA has been in existence since the beginning of time and still remains the main focus of Nigerian lawyers. Whether it (New NBA) will stand is another thing.”

He maintained that there was only one association of Nigerian lawyers acceptable to everyone.

“The NBA remains the official body acceptable to all lawyers, but if a sectional group arises, it can only remain sectional.”


Another SAN, Yusuf Ali, said, “It is normal in an organisation to have disagreements but it is not every disagreement that must lead to disintegration or factions. Two wrongs don’t make a right. Even as much as I have my own reservations, it does not mean that we now have to engage in the balkanisation of the association of the body of lawyers in the country.

“We should not allow our differences, particularly on ethnic and religious issues, to undermine our unity.”

Similarly, Chief Mike Ozekhome, SAN, who spoke at the handover of the NBA leadership on Friday, advised aggrieved members against forming an alternative association, vowing such a move would be resisted.

Ozekhome said, “So, drop all these issues of trying to form an alternative Bar, whether you call it new NBA or progressive NBA, it’s not going to work.

“The reason is that when you begin to create a different Bar, calling it, for example, Northern Bar or new Bar, then people, very soon, are going to start calling for Southern Nigerian Army, Southern Nigerian Navy, Western Nigerian Air Force, Eastern Nigeria Tax Authority etc; where are we heading to? That is nothing but balkanisation of Nigeria and God forbid.”

The development comes barely a week after the NBA dropped el-Rufai from its line-up of speakers at the NBA virtual conference held between August 24 and August 26.

A petition to stop the Kaduna governor from attending the conference, which was started by a lawyer, Usani Odum, had garnered over 3,400 signatures on Change.Org as of 6 pm on Thursday when the NBA tweeted its decision to uninvited el-Rufai.

The NBA, in a tweet on April 20, said, “The National Executive Committee of the NBA at its ongoing meeting resolves that the invitation to the Kaduna State Governor, Nasir El-Rufai, by the 2020 Annual General Conference Planning Committee be withdrawn and the decision communicated to the governor.”

The ‘New NBA,’ on Friday, cited the controversy over the withdrawal of the invite to the governor, saying, “What has been happening recently has exposed the inability of the NBA to manage and contain the heterogeneity of its members, as well as their various interests. Its penal powers have been deployed discriminately on the basis of ethnicity and regionalism.

“As a body of lawyers, who have undergone training towards ensuring the promotion and protection of human rights and liberties, the NBA is supposed to live above sentiments, regionalism and discrimination on any basis and of any kind.

“Therefore, the NBA cannot afford to be seen not to be upholding the rights and freedom of its own members, if at all it should be seen to be practising what it preaches. As the Hausa saying goes, ‘Idan Kura tana maganin zaho, ta yi ma kanta (If a hyena has a cure for diarrhoea, let her use it for herself).’”
NBA NEWS