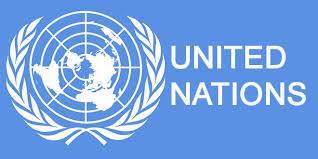 The United Nations Office in Nigeria has denied knowledge of any plan to carve out a country from Nigeria and Cameroon. The new country which purported name is UNO State of Cameroon was reported to be billed for proclamation by the United Nations on July 10.

In the map of the new country, Nigeria will purportedly  lose 24 local councils which were said to be captured in the green tree agreement signed by former President Olusegun Obasanjo for Nigeria and Paul Biya for Cameroun in 2006.

Though some online media referenced the agreement, which gave July 10, 2020, as date for implementation, a source in the United Nations has described it as false, saying UN does not create countries. Our correspondent gathered that the withdrawal of his country’s soldiers by President Paul Biya from the southern part of the planned UN State of Cameroon has set the stage for the creation of the new state being spearheaded by the UN.

It was also reported that the withdrawal of troops by Biya was formally demanded by the former President of the United Nations General Assembly, Ali A. Treki, on May 20, 2020. This was disclosed in a May 26, 2020 letter of the UNO State of Cameroon to Prof. Martins Chia Ateh, the United Nations-appointed workshops coordinator in Cameroon and Nigeria.

According to the report quoted by some online media, Ateh said in the letter: “Greetings and thank you very much for the attached list of those who were detained in the Nkamde prison in Cameroon on August 2008. “It is only now that soldiers of la Republic du Cameroon are being withdrawn from the Southern part of UNO State of Cameroon.

It was a good thing,” he said. Also refuting the story, Mr. Dahiru Bobbo, former director-general of the National Boundary Commission, said there is no iota of truth in the report purported to have been published in some media to the effect that Nigeria may lose 24 local government area councils to new UNO STATE on the basis of “Obasanjo, Biya Ceded Territories In 2003.”

He said as far as he was concerned as the director-general of the National Boundary Commission of Nigeria from 1999 to 2006, he could confirm that there was never a summit between Obasanjo and Biya throughout 2003.

“Therefore there could have been no agreement, treaty, communique or any other bilateral exchange of documents between Cameroon and Nigeria on cessation of territories to UN or to anybody for that matter. “The records available confirmed only two meetings of Presidents Obasanjo of Nigeria and Biya of Cameroon in Paris on 5th September 2002 and Geneva on 15 November 2002 both on the invitations of the United Nations Secretary General, Kofi Anan.

“The communiques issued on the two summits were in respect of the establishment of a Cameroon Nigerian Mixed Commission on the implementation of the decisions of the international Court of justice at the Hague (The World Court) on Bakassi Peninsula and the Land boundary between Nigeria and Cameroon.

“The mixed commission of which I was a member and secretary handled the assignment and handed over territories to both Cameroon and Nigeria as ruled by the World Court including Dambore, Narki (Borno) and Burha Vango (Adamawa to Nigeria and  Bakassi Peninsula to Cameroon.

“The last two meetings between the UN Secretary General, President Biya and President Obasanjo were held in Geneva on 11 May 2005, and at Green tree, New York on 12 June 2006 concerning the Modalities of Withdrawal and Transfer of Authority in the Bakassi Peninsula.
NEWS