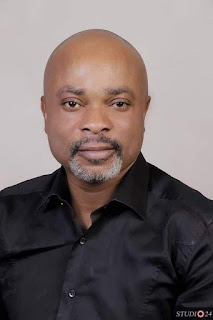 Former member of Imo State House of Assembly, Lawman Duruji has lambasted the leadership of State Assembly for failing in her duties with the outcome being the spread of coronavirus among members.

It could be recalled that following the scare of the virus in the assembly, recently the state government had shut down the assembly complex for further activities for two weeks.

And after the samples of the lawmakers, their aides and staff of the assembly taken on the directives of the Speaker, Chiji Collins, the result from National Center for Disease Control (NCDC), last Friday had revealed that some of the Lawmakers have tested positive to the dreaded disease.

Duruji who represented Ehime Mbano in the assembly, speaking to some Media men on Telephone,recently maintained that the situation is avoidable as the house would have still observed the lockdown amid growing pandemic.

According to him, there was no urgent need for the House to continue to hold plenaries against the international and national warning, adding that the use of a single microphone during plenaries may have facilitated the spread among the members.

The ex lawmaker who said that the development would further expose members of the public to the disease, called for more stringent measures from the government to contend the spread of the virus as well as safeguard the lives of the citizens.

He said, "It is infuriating to note that while the COVID 19 Pandemic was ravaging the world and State Assemblies were locking down and isolating, the Leadership of Imo State House of Assembly led by Rt. Hon. Chiji Collins caused Members and staff to reconvene the House using the Governor's name and some Executive Bills which he claimed the Governor needed urgently as reason to continue holding plenaries in spite of international and national warnings, even contradicting the same Imo State Government that ordered lockdown and curfew in the State.

"A few of such Laws were the call for the stoppage of Governors pension, taxation of oil mills in Imo State etc. The question is how urgent are these laws as to warrant jeopardizing of the lives of these lawmakers, their aides, families and constituents. This is very saddening.

"The most ignoble is that all entreaties by members to the leadership to stop the use of one microphone in the course of debates during plenaries fell on insensitive ears.  So, members were unknownly passing the virus from one member to another through the microphone while Mr Speaker had his own microphone.

"As Imo State House of Assembly Members and their infected families reel in trauma of COVID 19 and poverty, it is not known how much care the same leadership has show as Salaries of Members and their aides have remained unpaid till now despite their ordeal." Duruji added.

However, the Speaker had through his Special Adviser on media and Publicity, Emeka Ahaneku called for caution while urging the public to ignore the claims as put forward by the ex law maker, stressing that he lacked authority to speak on the matter.

According to Ahaneku,the house leadership had put in place measures to containthe spread with the instruction on the Clerk of the Assembly to ensure strict adherence to all precautionary measures of Covid-19 which was respected.

He insisted that whatever anyone attribute as the root cause of the spread is mere speculation and unfounded.
IMO State Legislature NEWS POLITICS