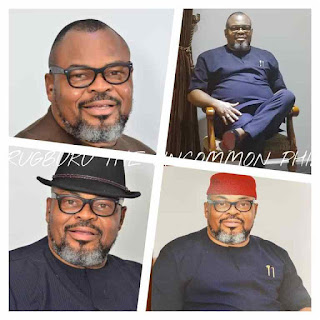 As INEC mauls how best to go ahead with the conduct of outstanding elections in the country including the Imo North Senatorial by-election in the midst of the COVID-19 pandemic without necessarily compromising existing containment protocols, political activities has quietly commenced in the camps of various aspirants to the elective positions.

Intrigues, horse trading, name dropping and all manner of consultations has been visibly noticeable. Aspirants are making enormous campaign preparations to be unleashed immediately INEC releases a timetable for the conduct of the outstanding elections.

The Imo North Senatorial by-election is sure to be a very interesting one. Since 2015, controversy has trailed every Senatorial election in the zone. It has always been election, cancellation and rerun, followed by expensive legal battles in the Elections Petitions Tribunal whose outcomes were never really accepted by the people of Imo North. The last Senator we had in the zone – may his soul continue to rest in peace – can comfortably be described as ‘Elections Petitions Senator’ because his sojourn to the Red chamber was not mandated by the people of Imo North. This scenario played out in 2015 and 2019. I expect to be attacked on this. No problem. But I’m happy that my friends on the other side of the frontline who will attack me just to save their faces know that what I said is the truth and nothing but the truth.

As we prepare to go to the polls again as a result of the unfortunate demise of Senator Ben Uwajumogu, it is very important for INEC and the people of Imo North to ensure that we do not continue to follow the path of darkness. Our votes must be made to count. It is very unfortunate that people are calling me everyday to express doubts about the credibility of the upcoming election. It is actually frustrating and discouraging for voters to troop out and endorse Mr. A only to have Mr. B smuggled into the Red chamber through the ‘back door’. Voter turnout may be low this time.

We cannot move forward without taking a glance at the past to see where we made mistakes and try to correct them. Our senatorial past is riddled with misrepresentation and non performance which resulted in the gross underdevelopment of Okigwe zone. I stand to be constructively corrected. Going to the Red chamber should not be like going to the World Cup football tournament where the goal of our players is only to be recorded as having played in the World Cup. They don’t play to win the coveted Cup. They just simply want to participate. Our Senators of Okigwe extraction were only interested in being addressed as ‘Distinguished’ without any positive impact on their constituency. It was even difficult to identify them in the Senatorial crowd. Bench warmers. But all that is about to change. A new normal is possible in Imo North.

Aspirants are emerging from here and there. Some are serious while some simply want to be noticed. Some are spoilers, recruited to truncate the chances of others. That’s part of our politics anyway. Someone who spent a disastrous eight years out there is also interested in going back to Senate after unsuccessful shots at Douglas House. He probably forgot some Bills and Motions he wants to go and present. For him, the young shall never grow. May be we have to beg OBJ to run for President in 2023.

What Imo North needs is fresh untainted blood, a man with a transformational vision for Okigwe development and capacity to bring the vision to reality. We need a servant leader with integrity and commitment to selfless service. We need a man who will not pass the buck to his godfather, a man with visible and verifiable legitimate means of livelihood who can be entrusted with our mandate. We don’t need chattered politicians who provide palliatives only during pandemics and with political strings attached. We have people whose second names are ‘philanthropy’ and who has been providing palliatives years back with no strings attached.

Chief Emmanuel Enyeribe Okewulonu (Ikeoha Obowo) is the New Normal that Imo North needs at this critical time in the Red chamber. Chief Emma Okewulonu is one man that is accepted across political party lines as the game changer that will optimise the fortunes of Imo North in the Senate.

The good people of Imo North are not looking at political parties. Political parties are mere platforms on which candidates run for election. Our political parties don’t even have any distinct ideology to guide their candidates when they get into office. We are therefore voting for candidates and not necessarily political parties as the ballot papers seem to portray. That is why recent elections has been across party lines. It is therefore very important for voters to x-ray our Senatorial aspirants on their personal merit as against political affiliation. After all, we have sent both PDP and APC candidates to the Senate and nothing really came out of it. Why? Because we voted on party lines instead of merit.

All eyes are now on Chief Emmanuel Okewulonu (Ikeoha) to bring the change that Okigwe desires. Ikeoha is not your typical politician who goes around like jihadists making promises of 70 virgins when you get to heaven. He walks his talk. He is the offer that Okigwe cannot refuse, a man who will leave his footprints on the political sands of time as he has done in private business.

Chief Emma Okewulonu (Ikeoha) was born into the well known Okewulonu family in Avutu, Obowo LGA of Imo state in early 60s.
He had his primary education in Abia state. His secondary education was at Community Secondary School, Ikenazizi Obowo, and later transferred to Ibeku High School in Umuahia where he graduated as one of the best students. He subsequently gained admission into Imo State Polytechnic, Umuagwo, from where he graduated in 1986 with distinction in Higher National Diploma (HND).

On completion of his one year National Youth Service Corps (NYSC) programme in Ogun State in I987, he was recruited into the Nigeria Customs Service (NCS) as an Assistant Superintendent of Customs where he headed some key units as;

Chief Emmanuel Okewulonu voluntarily retired from service in 1999 to pursue his lifelong dream of a career in private business.
He established JOK Investment Nigeria Limited and ASPORI-IZA Nigeria Limited with core interests in Shipping, Import and Export of goods with offices in South Korea, Japan, China, Switzerland, Holland etc. Chief Emmanuel Okewulonu has established himself as one of the largest operators in the freight forwarding industry.

A great footballer in his youthful days when people began calling him ‘Surpriser’, Ikeoha, as a lover of soccer, has been sponsoring numerous youth football competitions across Imo state and Okigwe senatorial zone for years now.

Ikeoha is an outstanding philanthropist who believes strongly in human capital development. He derives so much joy in touching lives in the following areas;

Chief Emmanuel Okewulonu is a member of Nigeria Shippers Council, ABA Chamber of Commerce, Industry, Mines and Agriculture (ACCIMA) and has received so many Awards over the years.

He is happily married to his amiable wife Lolo Udochi Obianuju Okewulonu and blessed with five children.
NEWS POLITICS