Imo Govt To Partner with OMPAN on Media and Publicity 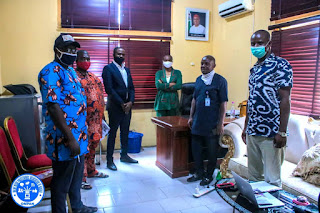 Imo State Government has expressed its readiness to establish a working relationship with Imo State Chapter of Online Media Practitioners Association of Nigeria in dessimination of right information about government programmes to people of the state both home and in Diaspora.

The Special Adviser to the Governor on Electronic and New Media, Mrs Amaka Okafor, made this known when she hosted the leadership of the association in her office on Wednesday May 13,  2020.

Speaking during the meeting, the Special Adviser said she is delighted to met members of OMPAN.

According to her, too many people create platforms on the internet and claim that they are online practitioners and this has made it difficult for the members of the public to ascertain who the real practitioners are.

The SA expressed satisfaction that the meeting offered her opportunity to identify with the real online Media Practitioners in the state.

Responding to questions from members of OMPAN, Mrs Okafor said that her office is working on a strategy whereby a forum can be created to keep the people of the state abreast with the policies and programmes of the government.

She also said her office documents a Weekly Review of Government Programmes, adding that a feedback mechanism will be built into the government website so that people can as well make their contributions.

The SA assured that the governor will do his best to carry the people of Imo state along and to engage in people-oriented projects and programmes.

Mrs. Okafor formerly was a reporter for CHANNELS TV, during which time she covered Nigeria Defence beats in Mali, Liberia, Burkinafaso and later, Sambisa forest.  She also covered a beat at the National Assembly, and later, the  judiciary before her appointment as the SA on New Media to Imo State Governor, Senator Hope Uzodinma.

In a vote of thanks, the Chairman of OMPAN, Imo Chapter, Mr. Ikechukwu Anyanwu commended the SA for considering to work with OMPAN and assured her that the association's competence to timely publish all government activities via credible online Media platforms.

"Online Media Practitioners Association of Nigeria(OMPAN) is the umbrella of reputable online publishers, journalist, social media influencers, bloggers, content creators and On-Air Personalities who came together to give online news a facelift void of hate speech and fake news"

"It will be recalled that in 2018 the National Convention of OMPAN took place in Owerri, Imo State and the body was inaugurated"

"We have also partnered with Government and non Governmental organizations like Nigerian Police, INEC, "the Chairman noted. 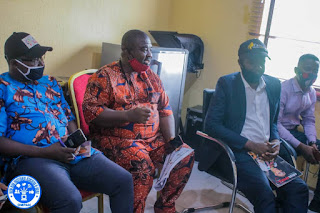 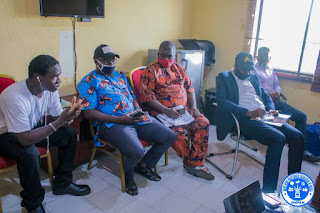