THE RAGS-TO-RICHES STORY OF THE RICHEST MAN IN CHINA: JACK MA 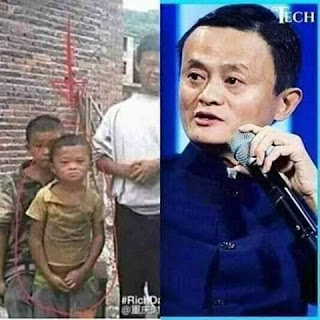 Jack Ma - originally named Ma Yun - was born on October 15, 1964, in Hangzhou, located in the southeastern part of China. He has an elder brother and a younger sister. They grew up at a time when communist China was increasingly isolated from the West, and his family didn't have much money when they were young.

In his early childhood, he failed in his primary school examinations not once but twice! He failed thrice during his middle school exams. He even applied and wrote to Harvard University ten times, but he got rejected each time. When he applied to universities in China after highschool, he failed the entrance exam twice. After a great deal of studying, he finally passed on the third try, going on to attend Hangzhou Teachers Institute.

He graduated in 1988 and started applying to as many jobs as he could, and he received more than a dozen rejections. After spending three years to get into the university, he failed to land a job after applying 30 times! He said in his interview: When KFC came to China, 24 people applied for their job openings and 23 were taken. I was the only one who wasn't employed. I was also one of the 5 applicants that applied for a job in the Chinese Police, and I was the only one that was rejected after being told, 'No, you are no good.'"

He later applied for a teaching job and was finally employed as an English teacher. He was so natural with his students and he loved his job so much even though he only made $12 a month at a local university - Hangzhou Dianzi University.

Also, on his entrepreneurial undertakings, Jack Ma went on to fail on two of his initial ventures, but that didn't stop him in any way to dream big. In one of his interviews, when asked about his rejections, this is what he had to say: "Well, I think we have to get used to it. We are not that good."

After finally coming to terms with his rejections and failures, he visited USA in 1995 for a government undertaking project related the building of highways. That was when he was first introduced to the internet and computers. Computers were pretty rare in China then, given the high costs associated with them, and internet or emails were nonexistent. The first word he searched on the Mosaic browser was 'Beer', and it popped out results from different countries but there was no signs of China anywhere. He then searched 'China', and not a single result popped out! He then decided that it was time for China and its people to get on the internet.

When he returned to China, he persuaded 17 of his friends to invest and join him in his new e- commerce startup - Alibaba Group - which started from his apartment. Initially, Alibaba didn't have a single penny in investment from outside investors, but they later raised $20 million from Softbank and another $5 million from Goldman Sachs in 1999. Building trust among the people of China that an online system of payment and package transfer is safe was the biggest challenge Jack Ma faced, a challenge that Jack will cherish for his lifetime.

Having started his first successful company at the age of 31 and even after never having written a single line of code or selling something to anyone, Jack Ma runs one of the biggest e-commerce networks in the world. The company went on to grow rapidly, expanding all across the world, quickly growing out of its China shell. Only second to Walmart now in terms of sales per year, Alibaba has become the e-commerce giant that Jack Ma envisioned for it.

According to Forbes, Jack Ma is the 22nd richest man in the world. In recent times, he has donated protective kits and ventilators to different countries including Nigeria, to help combat the Covid-19 disease ravaging the world. After visiting President Donald Trump, he announced that he would create a million jobs in the US.

Are you also going through a series of rejections, disappointments, failures just like Jack Ma? They are the hurdles that great achievers must cross to fulfill their great destiny. If you are going through that path right now, don't lose hope! Get inspired not expired. 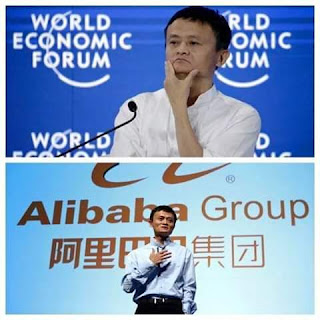