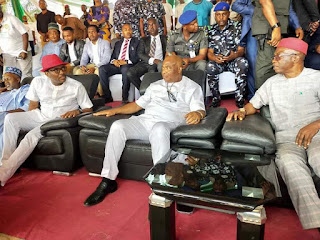 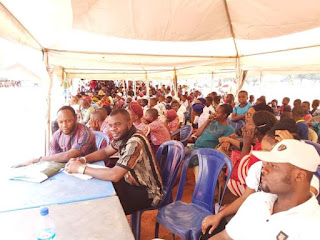 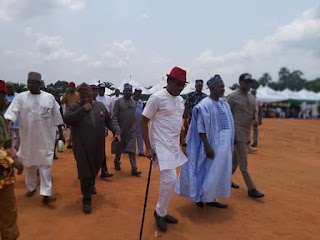 Mammoth crowd of people from Okigwe South and beyond, yesterday, graced the Flag-Off of the second phase of continuous enrollment scheme by the National Health Insurance Scheme (NHIS) for the people of Okigwe South Federal Constituency, a project that was attracted by the member representing Obowo, Ihitte Uboma and Ehime Mbano in the federal house of representatives, Hon. Deacon Chike Okafor. 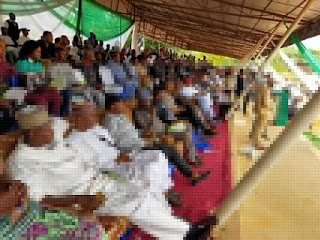 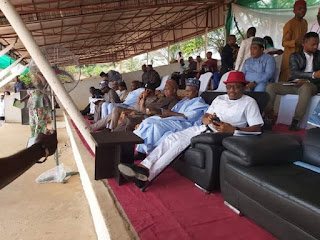 The Executive Secretary of NHIS ably represented by the General Manager incharge of formal sector department, Dr Eke Jonathan, opened the floodgate of the historic event via the centre stage together with his colleagues from NHIS and other sister related health agencies, articulating the journey so far, the partnership and signposts the progress and expectations for the second phase of the continuous enrollment scheme. 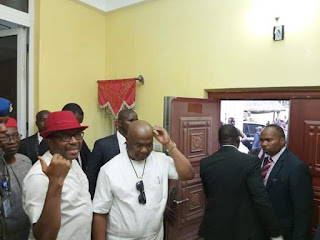 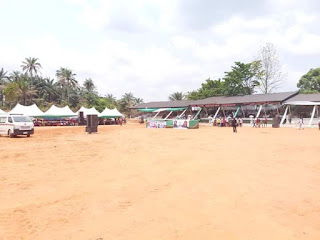 He averred that so far the first enrollment was very successful with a data base of over five thousand beneficiaries, noting that the partnership between NHIS and Hon. Chike Okafor is purely unusual and unbelievable.

He said  Hon. Deacon Chike Okafor has successfully completed the payment for the first phase enrollment and that the second phase which will start in earnest is targeting over five thousand people across the designated centres, and urged people to take good advantage of the program which will provide free access to all kinds of medical treatments in order to better their lives. 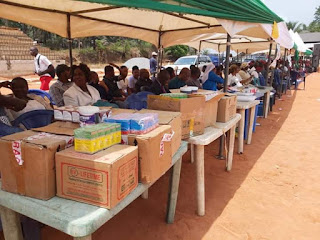 In his contribution, the current house committee Chairman on Healthcare services Hon. Tanko Yusuf Sununu (Kebbi State) who spoke on behalf of other committee members of Healthcare services, House of representatives, praised his colleague and former chairman of the committee Hon. Chike Okafor on what he's doing in his Federal Constituency with health institutions and agencies. Hon. Yusuf disclosed that for their oversight they've gone round to most of the health centres handling the program since they came to Imo state, and they met on ground wonderful facilities, noting that they won't waste any time in learning the job from Hon. Chike Okafor, who he said is doing marvelously well for his people.

In their speeches, the two House of Assembly members present out of the three state constituencies of Okigwe South,  Hon. Kennedy Ibeh and Hon. Emeka Nduka, in unionism asserted that Hon. Deacon Chike Okafor, has done so well for their people. They used the opportunity to admonish those who didn't partook in the first phase to do so with immediate effect as the program will run concurrently for the next three to four years free from any charges.

During his brief remarks, Hon. Deacon Chike Okafor, in no small measures, thanked the state Governor Senator Hope Uzodinma, for being part of the program reminding him that without his miraculous enthronement through the recovery of his stolen mandate that the environment wouldn't have been conducive for the event to take place.

He thanked his people for their support and unending faith in him, promising that he will continue to do his best until Okigwe South is completely better.

He recapped by handing over the list containing sets of medical equipments for both the newly constructed and reconstructed health facilities across the three local governments to Directors incharge and urged everyone to enroll in meticulously.

While addressing the mammoth crowd in Otoko, the state Governor, His Excellency, Governor Hope Uzodinma, poured encomiums to Hon. Deacon Chike Okafor on his quality representations to his people describing him as a goal getter. Governor Uzodinma disclosed that during his maiden broadcast aftermath of his mandate recovery, he made it very clear that his government will embark on affordable and accessible healthcare delivery to Imo people, especially to children from O-5 and declared partnership with Deacon chike Okafor as part of the promise.

The Governor who urged Imo youths to eschew social vices and get useful to themselves as according to him, they won't be that youthful in the next ten years, recapped by assuring Ndimo that in few months time his government will embark on the implement of most of his promises, such as job creation, youth empowerment, Healthcare delivery, among others.