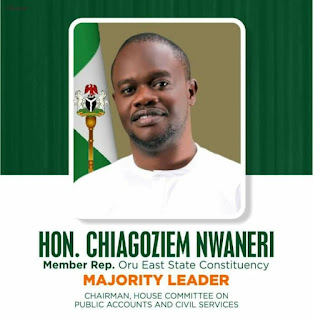 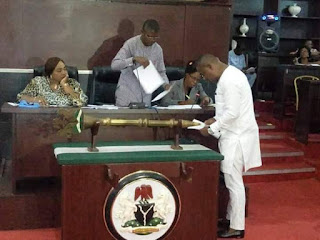 At today's plenary  Member representing Oru East State Constituency Hon Chiagozie Nwaneri  moved a motion urging the Governor Sen Hope Uzodinma to include Oru East LGA to ISOPADEC, in his motion he sited that the bill have been deliberated in the 7th and 8th Assembly but failed to pass execution. Hon Chiagozie stated that Oru East produces thousands barrels of oil and should be allowed to benefit from the programmes of ISOPADEC activities for the interest of justice, equity and fair play.
In the resolution of the motion, The Speaker of the Assembly announced an Adhoc  Committee whom are to investigate if Oru East acquires the requirements to be a member of ISOPADEC. The Committee are expected to report back to the Assembly on 24th of March.
Members of the Adhoc Committee are