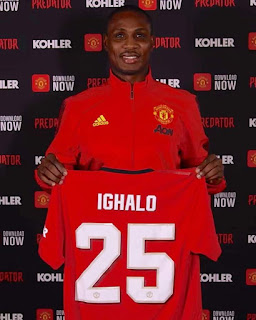 
The Norwegian has refused to be drawn into criticisms behind the last minute switch of Super Eagles Striker from China to the Premier league. And as instead, given reasons for bringing the experienced player to Old Trafford.

“He (Ighalo) is a different type of striker, a proven goalscorer and a physical presence,”.

“It’ll also give us a chance to rest Mason [Greenwood] and Anthony [Martial] at times, as we’ve got so many games coming up”.

Manchester United next Premier league game would be against Chelsea, and Ighalo might feature against the Blues on the 17th of this month
Sports