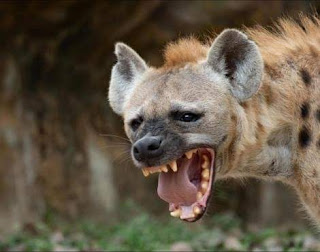 Experts have recaptured a male hyena which escaped from Imo State Zoological Garden and Wildlife Park at the early hours of Monday.

General Manager of the zoo, Francis Abioye Who confirmed the recapture of the animal told our correspondent that the hyena was recaptured after six hours of its escape by experts.

Before the recapturing, there was heavy panic within the Nekede autonomous community in Owerri West council area,  a host community of the zoo.

However, the GM who led the operation said there was no casualty as the animal was recaptured by experts through “Physical Restricted Method,”.


He disclosed that the operation lasted for six hours before the animal was eventually captured.

Abioye explained that the operation was aided by armed personnel of Civil Defense corps who were attached to the zoo.

Abioye however advised the general public to go about their normal business as the situation has been put under control.