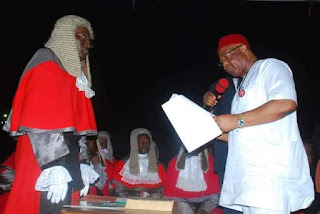 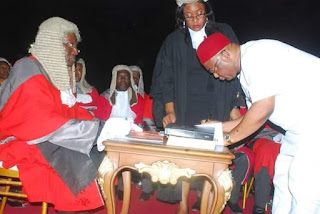 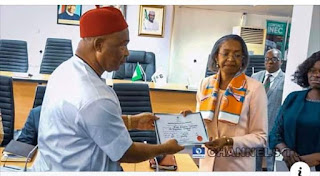 Senator Hope Uzodinma was sworn in by the Chief Judge of the state, Paschal Nnadi, on Wednesday evening.

Uzodinma took the oath of office and allegiance before the Chief Judge at 7:28 pm before a mammoth crowd at the Heroes Square Arena, in Owerri, the state capital.


Prof Placid Njoku, Deputy Governor also took the oath of office and allegiance at 7:18 pm before the Chief Judge and thereafter signed the necessary documents empowering as the second citizen of the state.

With these development, All Progressive Congress
has taken over reigns of power from the People's Democratic Party 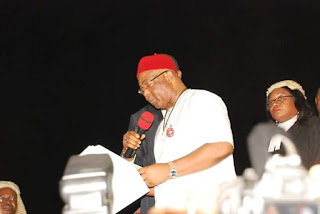 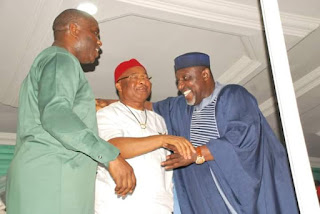 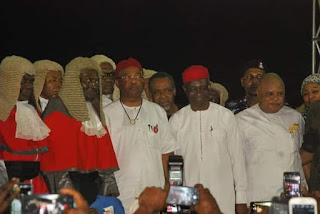 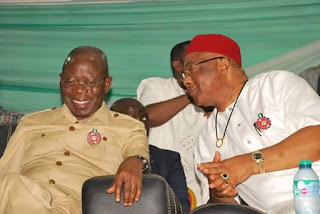 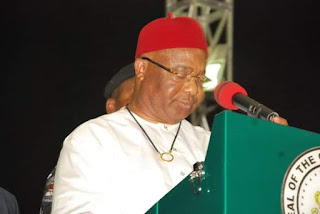 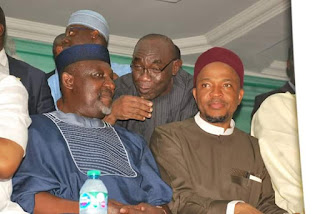 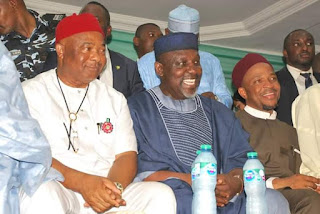