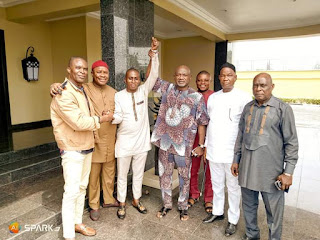 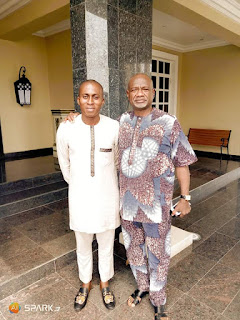 Countdown to the 2020 Re-Run Election  scheduled to take place in Okigwe North federal Constituency come 25th of January 2020, the camp of Honourable Obinna Onwubuariri of the 'PDP party' has continued to gain massive supports by men and women with the 'technical know how' in politics in the  country. 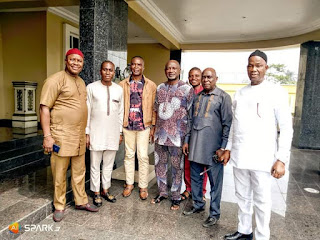 This is as the major political gladiators from within and outside the zone has sincerely taken proactive approaches in the recent days by heavily mobilizing men and women under their watch to work massively for Obinna Onwubuariri's reelection.

Days after some political tigers from APC, APGA, AA and other members of some active parties in the zone announced their defection to PDP to champion the re-election project of this vibrant and youthful Lawmaker; the Obinna's camp recorded another breakthrough today as another heavyweight and former APGA Candidate for Okigwe zone senatorial seat during the 2015 General Election,Mazi Clement Owunna earlier today threw his weight behind Hon.Engr.Obinna Onwubuariri's reelection into the green Chamber.

The respected and successful business Mogul  described Obinna Onwubuariri as his adopted son with inspiring qualities and as one who is bound to succeed in life, noting that Him (Owunna) and his team of supporters would do everything humanly possible to ensure that Obinna Onwubuariri is reelected.

" Obinna you are like an adopted son to me;I have come to love your giant strides in politics and your passion for a better Okigwe zone.I and my supporters are going to do everything possible to ensure you win this Election; don't panic! Congratulations because you are there already"Owunna hinted.

Let's keep moving with the spirit, Victory is assured!
POLITICS