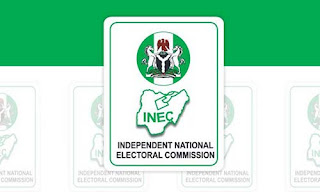 The Independent National Electoral Commission (INEC) says it has developed a timetable of activities with timelines for the re-run and supplementary elections in Imo State scheduled for January 25.

Prof. Francis Ezeonu, the state Resident Electoral Commissioner, made this known at a meeting of the commission with stakeholders in Owerri.

Ezeonu said that the commission would retain all the arrangements made during the general elections as it was concluding arrangements for the election as scheduled.

“We will also activate and use all the super Residential Area Centers (RAC) and RACs in Okigwe, Onuimo and Isiala Mbano LGAs, respectively, for camping on eve of the election on Jan. 24 for easy deployment of materials to the polling units on election day,” he said.

He said that the materials would be deployed in both Orlu and Njaba LGA directly from the INEC LGA offices, saying that the polling units where supplementary elections would hold were within reach.

The REC, therefore, appealed to stakeholders and communities where the centres are located to help maintain the sanctity and security of the centres as well as ensure free and flawless elections.

According to him, “We will be fair and transparent in all we do.”

Ezeonu also reminded them about the rules guiding elections and election activities with restriction of movement in all the constituencies where elections would be held on that day.

He said that the exercise would be restricted to only political parties that participated in the earlier elections.

Mr Victor Nwokoabia, the Head of Department, Election and Party Monitoring Department, INEC in Owerri, urged the chairmen of political parties to submit list of their polling agents, one for each party, on or before Jan. 18.

He advised politicians and political parties not to bring in observers except those that would be cleared from the INEC headquarters.

Mr Ben Duru, the state Chairman of Inter-Party Advisory Committee (IPAC), said that most of the political parties submitted the list of their party agents late in the last election and urged them to turn a new leaf.

Duru, who expressed confidence on the ability of INEC to conduct a free, fair and credible election, urged the security agents to release more staff for the election as well as work amicably with party agents.

It was also report that some of the stakeholders comprising town union presidents, chairmen of political parties, traditional rulers, heads of security agencies, the media and leaders of community-based organisations, who attended the meeting, commended INEC for doing its best in the last election.

Mr Chinedu Ukadike of the Peoples Party of Nigeria commended both the INEC and security agents for what he termed a work well done in the last election.

Anthony Ohaneku, the state Chairman of Action Alliance, demanded that party agents be allowed to make inputs before election results would be announced and for a credible election and fair treatment to all political parties
POLITICS