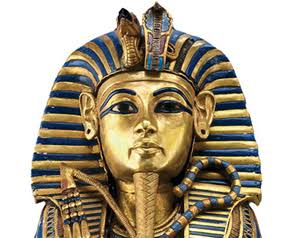 Starting around 10,000 years ago, during the Neolithic Period (better known to many as the Stone Age), agriculture began to replace hunting and gathering as humans’ main way of obtaining food. At the same time, largely egalitarian societies began transitioning into more stratified class systems with clear leaders, many of whom ended up with absolute power. Researchers have suggested that such leaders may have amassed power by hoarding food and resources, which the transition to an agricultural society would have allowed them to do. But as Simon Powers of the University of Lausanne in Switzerland told LiveScience,no one had yet managed to explain convincingly how this transition occurred.


Powers, a postdoctoral researcher in ecology and evolution, is co-author of a new study that attempts to answer this question. He created a computer simulation populated by individuals with their own preferences for egalitarianism or hierarchy. As in life, the more resources an individual in the model had, the more offspring he produced. Voluntary leaders emerged in the simulations, but later generations of followers could choose to break off, at a cost of some resources.

According to the study’s findings, published last week in the journal Proceedings of the Royal Society B, the simulations revealed that a voluntary leader emerges when that leader gives enough benefits (such as an advantage in producing food) to his followers at the outset. As the population grows in density and size, however, and land becomes scarce–a natural result of an organized, agricultural society–it becomes increasingly difficult for its members to stop following their leader. In addition, more resources allow people to have more offspring, and population size increases even more.


This cycle, the study suggests, is what fosters the emergence of despotism. If the cost of leaving the group is low–if, for example, a friendly city or open land is nearby–then people can choose to leave when a leader becomes too powerful, and despotism can’t arise. But when leaving the group is too difficult, whether due to geographical barriers or practical ones (such as lack of access to irrigation for farming), leaders can afford to become despots. According to Powers, “In hunter-gatherer groups, if an individual tries to behave in a despotic way, then the rest of the group simply gets up in the middle of the night and walks away, but with agriculture that was much less feasible.”

In Ancient Egypt, surrounded by the unforgiving desert during the rise of an agricultural society, the cost of escaping the pharaoh’s rule would certainly have been too high. The study’s findings could apply to other Stone Age societies as well: In Peru, various early states arose in agricultural valleys surrounded by mountains, which would have made it nearly impossible for dissatisfied citizens to leave. On the other hand, societies living in the Amazon basin remained largely egalitarian, even after the rise of agriculture
Education