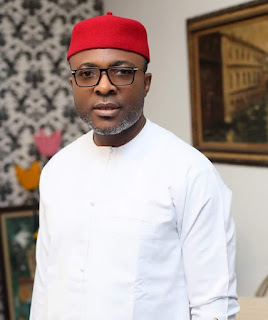 
1. Can we get to know you?
My  name is Rt Hon (Barr) Kennedy Ibeh, I represent Obowo State Constituency in the house. I am a ranking member of IMO State House of Assembly. The implication is that I have been a member of the previous house and that qualifies me as a ranking member in the  9th Assembly.

2. Is their any Difference from the Previous House and the 9th Assembly

Yes, there is.
I can tell you from my experience that the 9th Assembly is radically different from the immediate past. The pivot on which this difference is centred on is the personality and person of Governor we have.

We have a Governor that understands and appreciates the law. A parliamentarian , three time member of  National Assembly  and a presiding principal officer of Federal House of Representatives. That tells you what to expect of the legislative arm of the Government.

3. What are the Challenges of IMHA?

The legislative arm has been seriously challenged by  Governor Ihedioha with the introduction of very sound and positively calculated executive bills. Which lead to establishment of several commissions. We are very sure that when the commissions  established by these laws start working,  our people will  appreciate what this present Members of IMO state House of Assembly and His Excellency has achieved.

4. What are the most sensitive bills waiting to be passed into law by this Assembly?And Your Experiences So Far

There are several bills. It is an unprecedented record for the 9th Assembly to have over 11 bills passed into law within a short period.

Before now,  we had a situation where the office of the Governor was almost functioning on autopilot of imperialism but today, there has been a remarkable paradigm shift.

Today, you can comfortably go to the office of the Commissioners and you would see civil servants at their desk attending to official assignments. You would see a commissioner who understands his place as a commissioner. You would agree with me that there is full restoration of  institutions of governance and that has direct impact on activities of the House.
If we feel whether or not we do what we are supposed to do, the Government will go on. It would definitely affect the performance of the House on the negative.

His Excellency Rt. Hon. Emeka Ihedioha is mindful of due process.  18th December 2019, will mark exactly 6 months of the Interim Management Committee for Local Government Council.  The law provides that each member has a life span of 6 months. The law also provides that the Governor has discretional to extend their tenure after 6 months. Before the expiration of this very IMC,  the Governor mindful of the law wrote Imo State House of Assembly requesting for extension by another 6 months. He choose to do the right thing.  When you see the head doing the right thing, the body will follow after.

This Government respect the law we are making,  therefore as Lawmakers we will be zealous with act of making laws.
Unlike in the previous  House, other Ranking members would say don't go and kill yourself ooh, all the laws that is needed has been put in place by Mbakwe,  what we have come to  make now is money. But that is not true. What that means is that such mindset was injected into some members of the House and resulted in high level of complacency during the previous administration.
That is why,  most members of 8th Assembly were half baked parliamentarians.

You would be shocked that when you meet them, they didn't know the nitty gritty of the law.

Many don't know the procedures,  practices or  what House Rules says. Many were basically interested in making money. When you have a good system that appreciates law, you would want to do more.

The 9th Assembly is very much different from the 8th Assembly and we are so interested in making laws. Things are about to change in IMO. There is -I-POREA law - a law that would see to provision of alternate power supply. In a very good time, we will say no to ceaseless interruptions of power supply.

There is something that would interest you. There is an importation of an alien culture by what we called IMO CARNIVAL.
Imo Carnival was an unnecessary mimicking of what happened in Calabar. Calabar Carnival has its own origin that predate most Government. Because of the History of calabar during the precolonial era. You know they are very close to the shores,  the white men who lived at Calabar during the course of their relaxation were used to looking at half clad ladies. Then we are importing it here for no just cause. Some of us are saying; "Let's Rebuild that law"  if we must have a carnival let it be something that promotes our own indigenous culture.

For instance am from umuokeh Obowo we have what is called mbo mu u zo, for some people they have mmanwu, ekpo etc.

If we have for instance mbo mu zo float from Obowo passing through whetheral Rd and another mmanwu coming from orsu, I bet you even the old men in the village would come out to see it. Our fathers will come out. You would see cultural interplay, rich display of our culture.

Before now what we do is not original. People would say "see what IMO is doing. They are copying calabar. We were copying Calabar.

Back in the days, we talked about interplay of culture. I think the
9th Assembly is properly positioned to ensure we get it right. 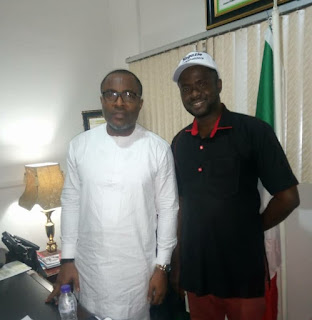 BUDGET
Our Governor is in a hurry to Rebuild IMO. He has expressed desire to do so. During the presentation of budget , I say it clear " this is the first time I have opened appropriation bill as submitted here. If you have watched closely, there is increase of Activities here.  Ministries and agencies of Government has been flooding the house. They know what they are doing. Ministry of Budget and Planning and all MDSA , IMHA are working hard to ensure the final document is something that would impact the society positively.

ECONOMY
"The passage of the budget will have positive impact on the economy. Once the economy is healthy it would also affect the whole people.
The issue of unemployment and wealth creation for all Imolites will be attainable.

Most arms of Government that were moribund are alive today. When we talk  of suffocation of  various agencies by the past Government, it affected the whole system.

Once these agencies and parastatals  are working it would help because they would be employing IMO people.

IMO is on course " 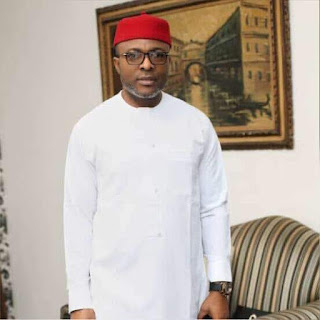