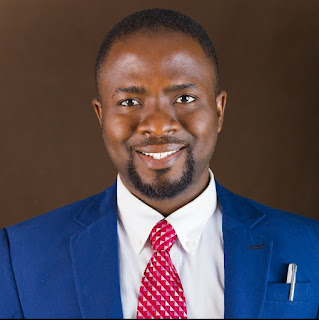 A REFLECTION OF OUR DAYS IN HIGH SCHOOL By Oko, I. Okocha

People write books not for ego trips; sometimes to tell the world that they passed through crucible furnaces of purifications before attaining the heights we see. Like Chinua  Achebe puts it in "Things Fall Apart" - 'Looking at the mouth of a King, you will never believe that he once sucked his  mother's breasts'.

We read to update ourselves. We read to know how this or that came to pass. A famous English writer, Francis Bacon in his Essay - "How to Study", some hundreds of years back had this to say:

'Read not to contradict and confute; nor to believe and take for granted; to find talk and discourse; but to weigh and consider... A book is written, not with a view of mere communications, but of perpetuity...

Books are some of those legacies that outlive a man. For " a book is written not with a view of mere communications, but of perpetuity" - Francis Bacon.

Ikechukwu   Anyanwu is doing the real job putting this piece together. Ike and I  were contemporaries at Ngwa High School, Abayi, Aba! We were also level mates. Ike doubled as the school's Chapel Prefect and Scripture Union president during the 1996/1997 academic session. I had a rare privilege to work with him as the Bible Study Secretary  of the aforementioned christian group, during that time. He has never looked back in pursuing targets and/or desires since. We had lost contacts for almost two decades but for social media which recently reunited us.

Mr. Anyanwu is very meticulous, unassuming and quality conscious ! He loves and possess integrity, and will not compromise it; no matter whose ox is gored. These few traits of his and many more have helped to take him this far in his chosen career and life, in general. Mr. Ikechukwu Anyanwu read Sociology at IMO State University, Owerri. He distinguished himself with excellent academic records during his time there. He also received several awards, even after graduate school. Amongst these awards include but not limited to the following:

Most Innovative  Manager of a the Year 2015 - Gistgate Group

He is pioneering a movement with Arise Africa Network.

Redefining Africa to the world.
Africa and the world at large are feeling his  impact through his creative writing, voice and passion to advance the frontiers of the kingdom of God on earth.

A music Minister, A Preacher, A role model.

He made a great impact in evangelizing during our school days. As his  role can never be forgotten.

"People often say, motivation doesn't last. Well,  neither does bathing...that is why we recommend it daily". Zig Ziglar.

While at Ngwa High School, we were motivated to succeed amidst all odds. Very few of us led a different kind of lifestyles that are not usually expected from from our students(the bad boys school).

We were disciplined, hardworking, and committed to the things of God. Ike  anyanwu is not a laggard and will never be one tomorrow. He often set the pace; and we followed. I recall that we did not have teachers in core subjects(one of the challenges we faced), but that did not deter us.  Ike enrolled in extra mural classes, and excelled thereafter. We lived among gangs, cultists,  rogues and robbers, but we remained uncorrupted and untarnished. We studied our books and strived to live Godly lives; and God helped us all. 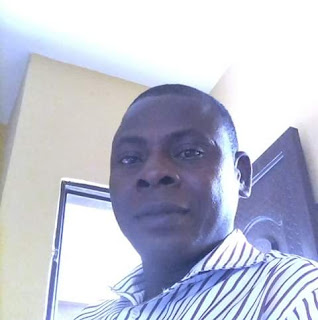 Oko, I. Okocha is B.sc gradaute of Chemistry, an ex banker, and now businessman. He is currently pursuing his Masters Degree in Environmental Chemistry of the prestigious Michael Okpara University of Agriculture, Umudike. Thank you
Profile