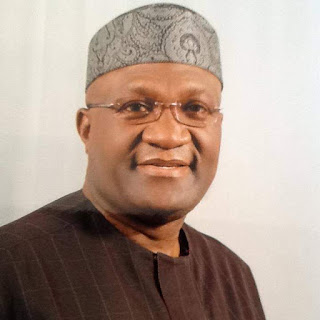 The President General of Ohaneze Ndigbo Worldwide, Chief Nnia Nwodo has declared that every Nigerian has same inalienable and God-given right to aspire to the highest office in the land, including the Igbos.

Chief Nwodo who stated this in an interview with journalists at the public presentation of the official biography of the Nnewi monarch, His Royal Highness Igwe Kenneth Orizu 111, entitled “The Peace General” written by Azuka Onwuka at the Benneth Etiaba Events Centre, Nnewi, when taken up for reaction on the visible moves to torpedo the chances of a citizen of the South East geopolitical zone to succeed President Muhammadu Buhari in 2023.

According to him, “this is a democracy, people are free to say what they want. But what is important is how is the will of the nation will be distilled to ensure that there is justice.
“… as that nobody here is a second class citizen!”

Nwodo, assisted by other prominent Nigerians presented and unveiled the Nnewi monarch’s biography, lamented that contemporary youth, including students hardly read books as was the situation years ago. That it was part of why in the United Kingdom the policy for school leavers to go for at least a nine months work attachment/experience before proceeding to any tertiary school for further education has remained. It avails and exposes  the youths and potential future leaders the necessary practical field experience to read, learn and observe efforts of seniors and executives.

He therefore recommended Igwe Orizu’s 200-page biography to all as a lesson in leadership perseverance, patience and motivation.

The Ohaneze leader described Nnewi community as “blessed by God in a special way. He gave you all forms of blessing in human industry, rugged perseverance and it’s paying off in all aspect of human endeavour.” He commended Nnewi for its smooth and stable traditional institution which was handed peacefully to a family.

He pointed out that such richly endowed community that has numerous billionaires, industrial giants, national/regional leaders, Ministers, and Senators would have been having hectic time settling for a choice. “But you chose to keep its custody in a family. Now look at the beauty. See the Igwe Orizu’s achievements having harnessed and galvanized the community’s diverse talents, his strides, gait, comportment and wisdom. It’s a blessing…”, Nwodo pointed out.

Chief Benneth Etiaba (Ifenna Nnewi) who was chairman of the occasion and eldest son of the former governor of Anambra state, Dame Virgy Etiaba described the book as a compendium of lessons in service and source of information to all to learn from.

He described Igwe Orizu as a living legend whose graceful leadership style has blessed many citizens including him.