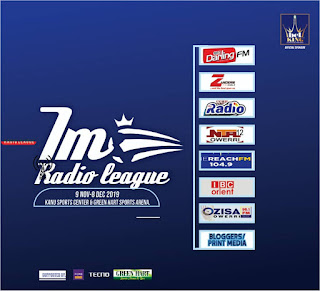 In what would go down as the first of its kind in the history of  Imo, Media practitoners unites in Sports

Media practitioners in Imo state, the Eastern Heartland are set to battle with one another in a football competition in what seems to be one of its kind in the state.

The competition which is officially sponsored by Bet King and supported by First City Monument Bank, Tecno, and Green Hart seeks to serve as a determinant to ascertain which media group out of the qualified radio and print houses in Imo state is superior to the other especially sports wise.

The football competition kicks off Saturday 9 November to last 8 December 2019.

For those that failed to finish among the top 3, will get #30,000 as compensation for adverts they did during the competition.

The participants have been grouped thus: