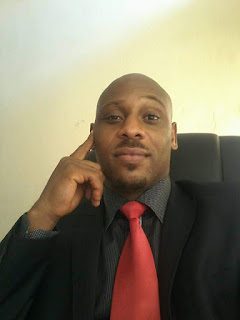 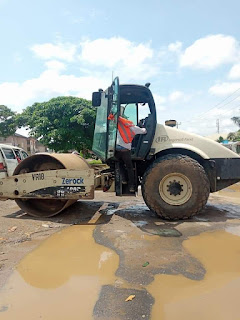 It was the American historian and philosopher, Lewis Mumford that said and I quote: "A certain amount of opposition is great help to a man. Kites rise against, not with, the wind". This philosophical statement appears to be true, considering the wind of opposition forces that have congregated against the Rebuild Imo Government led by His Excellency, Rt Hon Emeka Ihedioha. These aggressive but tactless gang up of political merchants, which thrive on deception and propaganda, had attempted in futility to pass the buck of the nagging bad roads in the State, to the Rebuild Imo Government.

However, in their desperate bid to build castles in the air, the forget so soon that this government is still new, having been on the saddle for just about six months. And that the bad roads, for which they were attempting to crucify this administration, was built by the immediate past administration of Rochas Okorocha. Who, it is on record, declared that his successor would have no business constructing new roads. But sadly for him, that statement has been proven to be, not just a mere lie, but a fraud.

It is on record that the immediate past administration constructed more roads than previous administrations. Infact, they deserve a medal of honour for opening new routes and even building bridges, flyovers, tunnels, etc, etc. But the painful reality and the truth, is that the quality of work done in those projects, is so poor that it has rendered them useless. And by so doing its as if those projects were never done at all.

It is for this reason that the Council for Regulation of Engineering in Nigeria (COREN) placed a caveat on the structures built by Okorocha's administration, for non compliance with engineering best practices. Meaning that Imolites may use those structures, such as the bridges, tunnels and buildings at their own risk.

Government is a continuum. In developed democracies, the present government is supposed to consolidate on the infrastructural  developments of the preceding administration. But in this case, where the state  of these infrastructures have quickly deteriorated: the "china" roads have been washed away by rainfall, the bridges and several other structures are collapsing one after the other, what then is there to consolidate on?

What this portends now is that the Rebuild Imo Government has, as a matter of fact, been laden with the onerous task of starting afresh to build infrastructures that could not be put in place in the wasted last eight years of Okorocha's  government.This means that the billions of Naira expended on the said projects are a colossal waste. Monies that could have been put to use in other pressing State matters, would now be used to repeat what was claimed to have been done in the past 8 years.

It is sad to note here that the irresponsible propaganda sponsored by the confused opposition, had been bought by some few weak minds. Who kept challenging the government, howbeit ignorantly, to "start something and leave Okorocha alone". But based on the foregoing, it is crystal clear, that without taking stock of the past, one can't effectively plan for the future. Government belongs to the people. It is the duty of the people to hold  government officials accountable, and even make them pay for their deeds while in office.

This is so because the people, definitely, will always be at the receiving end of the financial profligacy of Okorocha's government. If care is not taken, the precarious financial condition of the State may be aggravated as a result of this government having to invest billions in repeating projects Okorocha claimed to have done. This is not good for the State. It will only take an astute manager of men and resources to get the State out of this quandary.

But true to the words of Lewis Mumford, Gov. Ihedioha has stemmed the tide of irresponsible  propaganda by rising against the wind of opposition, to award contracts to the tune of N24.3 bn for the rehabilitation of some major roads in the State. Some of the roads include Okpala junction, Nkume-Umuowa-Orlu, Mgbidi-Oguta, Naze-Nekede-Ihiagwa-Obinze, Concord-Hotel – Jacob Zuma and the Imo State Teaching Hospital.

Others are the Imo State University – Bishop Court, Aba Branch-Ahiara Junction, Okigwe Roundabout-St. Mary Okigwe, Asumpta -Umuguma Junction and Douglas-Naze Junction, among others. The Governor has also mandated the contractors to deliver quality works in record time. This means that very soon, Owerri will wear a new look and also witness quality roads for the first time in 8 years.

According to the 19th century German philosopher, Arthur Schopenhauer, "...all truth passes through three stages. First it is ridiculed. Second, it is violently opposed. Third it is accepted as being self-evident". This again, appears to be the case in Imo State with regards to the veracity of the Rebuild Imo Agenda. First,  the opposition had ridiculed the Rebuild Imo Government about the bad condition of roads in the State.

Second, they had violently challenged His Excellency's determination to rebuild the State against all odds. Third, with the commencement of quality rehabilitation or better still, reconstruction of Okorocha's "china" roads, the opposition and indeed other sceptics, have no other option other than to accept that Gov. Ihedioha's quest to rebuild Imo, is now truly self-evident. 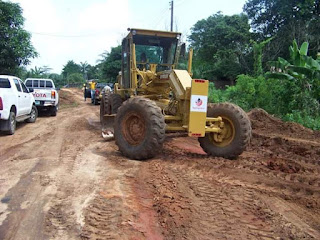 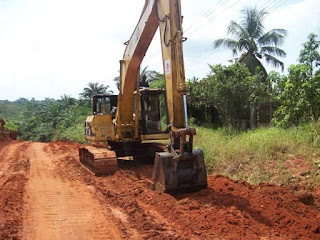 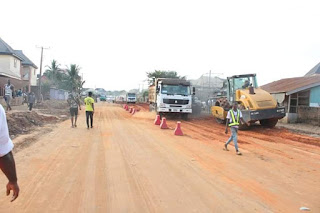 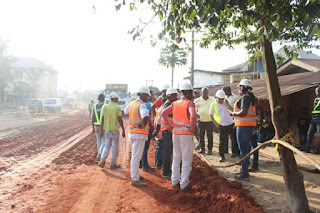 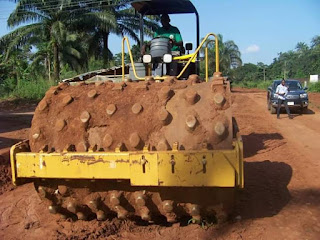