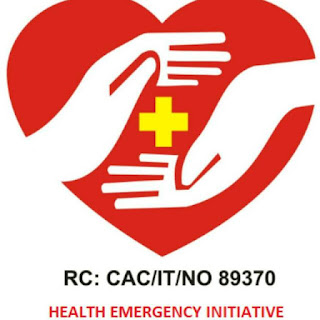 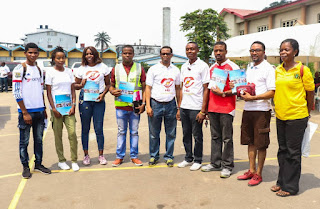 Speaking at the event, the Executive Director of the organisation Mr. Paschal Achunine said that the Walk, which is the second in the series is geared towards discouraging and changing the current narrative of recording road traffic accidents scenes with the advent of social media, while victims are left without care and eventually die.

According to Mr Achunine, HEI has saved over 500 lives through swift provision of funds for vulnerable and indigent patients in public health institutions and hopes to sustain the tempo in the coming years.

“Everyone has a responsibility to make the world a better place, hence we welcome the public to join the HEI family in the mission of saving more lives as we proclaim that none should die”, Paschal averred

The walk that started in the morning with over 130 participants had a total of 6km walk from LUTH and back promoting the HEI advocacy of “NONE SHOULD DIE” with code phrases such as “don’t just watch, save a life”, " make a difference" and “your token can save a life” amongst other slogans, all geared towards sensitising the public on the need to promptly support road crash victims, which will reduce death.

The Charity Walk also serves as a means of creating awareness to the public about the presence and impact of HEI as a non-profit organisation in the Nigerian society and also seek for support from well-meaning Nigerians especially corporate organizations towards the safety of lives.

The NGO through its various projects had embarked upon medical interventions including successfuly saving the life of the only surviving child amongst 4 siblings of a couple whose home was razed by fire recently and payment of hospital bills to free mothers who had just given birth from medical detentions.

Others interventions include; payment of hospital bills for victims of road traffic accidents in emergency situations, payment of treatment funds for sick children diagnosed of tetanus, malnutrition, hernia, intestinal obstruction among others.

The highpoint of the event was the presentation of certificates to the recent grandaunts of HEI’s First (Emergency) Responders Training Scheme which included 19 participants featuring officers of FRSC, VIO, LASTMA, Police, Nigerian Prisons, NYSC member, Social workers at National Orthopaedic Igbobi and LUTH and a few HEI members and staff.

Health Emergency Initiative (HEI) is a non-profit organisation that stands in the gap for the vulnerable/indigent patients in public health institutions in Nigeria. The NGO assists with provisio 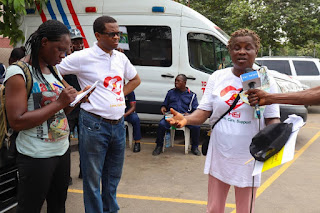 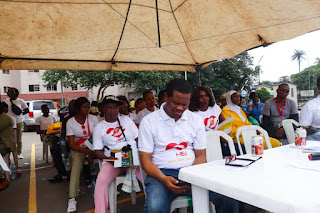 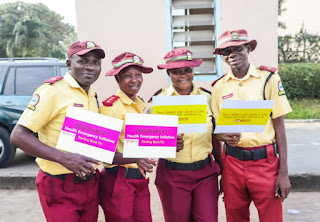 n of funds for the resuscitation and stabilisation of road traffic accident victims and also trains individuals, groups and organisations to be skilled First (Emergency) Responders with certification by the American Heart Association.

Health Emergency Initiative (HEI) is a Non For Profit organization driven by the love of JESUS CHRIST that works in collaboration with FRSC, LASAMBUS and LASEMA and other emergency agencies/hospitals to ensure that  critically injured accident victims are resuscitated and stabilized. The victims are taken to public hospitals by these emergency agencies and through HEI's intervention the initial funds needed to stabilize them are provided pending when relatives or next of kin are contacted. As a result, fatalities arising from road crashes have been reduced especially in Lagos.

Similarly, a First Responders Scheme that trains people in CPR, First Aid, Crowd Control and other skills required during emergencies to stabilize and/or resuscitate the victims has been initiated by HEI.
We want to positively alter the current practice where bystanders at accident scenes prefer to take pictures and videos of the victims while watching them battling for survival.

Furthermore, HEI provides assistance to indigent patients particularly children in public hospitals, especially Massey children hospital (and other public pediatric health outlets), who could have died of infections like malaria, sepsis, pneumonia etc.  Over 200 children have benefited from HEI intervention and deaths have been avoided. Also, HEI reaches out to those in emergency medical situations in public hospitals with cases oftentimes below 20k, 10k and 5k that could have resulted in avoidable deaths.

HEI has strong corporate governance and robust accounting and auditing systems to foster transparency. Its audited financial reports for 2016 ,2017 and 2018 were duly published and presented to stakeholders and the public.

HEI  is currently in deep need of funding and strategic collaboration to sustain this good and noble work it has been doing (saving lives) in the last 4 years. Due to upsurge in road traffic accident in recent years,  especially during the Ember months the cost of providing initial treatment has increased tremendously.

A recent report by Channels TV/BBC (7th December 2018) cited a World Health Organization (WHO) publication that road traffic accident is the biggest killer of young people especially in Africa/Nigeria.
This calls for concerted effort to curb and/or minimize this scourge.

HEI is being funded by committed members and other free will donations. However, the number of lives that need medical attention and emergency interventions are numerous and have over stretched the available resources. We want to call on everyone, including corporate organizations, to be part of this uncommon mission beginning today.

Donations can be made to support this intervention via:

OR by using the following short codes