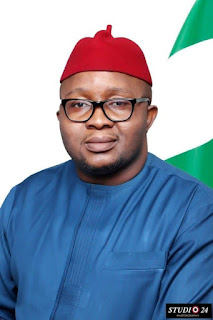 The Court of Appeal Sitting in Owerri the Imo State capital has reaffirmed the victory of Hon. Ozurigbo Ugonna are the 2019 federal House of Representatives election from Nkwerre/Isu/Nwangele/Njaba.

Kingsley Echendu had two months ago had his petitition against victory of the All Progressive Congress candidate dismissed for lack of competence and high level of inconsistency in the petition presented.

The Court of Appeal concurred with the initial ruling and discarded the matter for the same reasons.

Justice A.O. Lokulo-Sodipe while reading the ruling indicated that the appellant failed to provide any substantive grounds for the appeal.

Hon. Ozurigbo declared that once again the judiciary has shown that it is impartial and in solidarity with the truth based on facts availed to it.

"Finally, the courts have shown superior knowledge, therefore we can all now heave a sigh of relief after months of debating in the courts." the former Deputy Speaker of the Imo State House of Assembly asserted.

The House Committee Chairman on Justice revealed that he has not recoiled from his earlier olive branch to the People's Democratic Party candidate, he was now more dedicated to putting the interest of the masses of the federal constituency at the forefront.