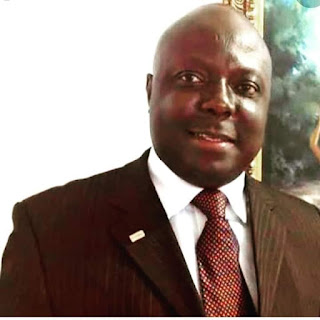 Aliliele was born at Ife Ezinihitte LGA of Imo State.

He holds an Honorary Chartered Member of the Nigerian Institute of Bankers (HCIB) and an alumnus of Pan   African University (Lagos Business School) . Sir Chime had his Diploma and Bachelors from University of Cross River State and University of Uyo respectively and got MBA in Management from Imo State University

In his 38-year career as a Data Processor, Accountant and Banker, Chime has worked in several Banks and rose through the ranks as Branch, Regional, Assistant General Manager, Deputy General and a Vice President.  Currently, he is a Vice president and Zonal Head with FCMB at Port Harcourt. It is on record that Sir Chime Aliliele established the first Bank Branch (Finbank now FCMB) at Ahiara Junction which attracted other Banks that hitherto were afraid of locating their Branches in Mbaise.  By that action, Ahiara Junction has now become a major commercial hub in Imo State, all thanks to Sir Chime.

In recognition of his numerous professional accomplishments and service to humanity, sir Chime has received over twenty awards from educational, professional, religions and social organizations. He is invested with the Knighthood of St. Christopher by the Anglican  Communion  and currently, Vice President, of EZURUEZU MBAISE

Sir Chime Aliliele is married to Lady Ebere Chime-Aliliele (B.Sc, MBA) and the marriage is blessed with three children; KING, PRINCE and DUKE.