Nigeria, Africa's largest economy has the GDP of 411 Billion USD 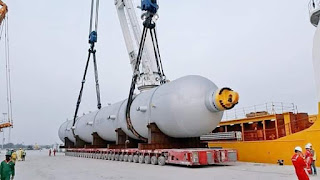 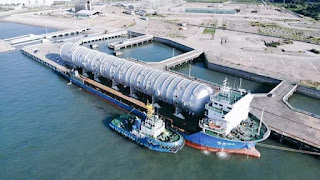 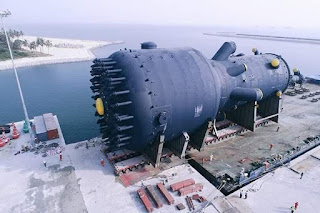 Wow! This is the biggest News coming out of Nigerian/Africa right now.

Nigeria, Africa's largest economy has the GDP of 411 Billion USD in comparison to South Africa, the second largest African economy with the GDP of 366 Billion UDS.

Now, the Nigerian GDP is projected to tripled by the year 2030 to 1 Trillion USD, which would place the country among the next top 10 global economic power with a very large consumer market.

And, a single individuals is responsible for just 40% of this growth, this man is Aliko Dangote.

Love or hate Alhaji Aliko Dangote, the man is a savvy industrialist who is obviously very good in his craft.

People accuse him of monopolizing the industrial sector, but one thing is certain; he always get the Job done.

If you really want to understand how capitalism works, then you have to read about individuals like John D Rockefeller, The JP Morgan, Henry Ford, Cornelius Vanderbilt, Andrew Carnegie, these men transformed America to what it is today, they are the fathers of monopoly with unimaginable brutality, rivalry and killings. Dangote is just a baby when it comes to these men.

Africans & Nigerians have to understand that some regions around the world have experienced all the 4th main industrial revolutions but Africa is yet to kick start.

And, while the rest of the world is working on the 5th industrial revolution with the development of the 5G and the AI technologies, Nigeria is just starting with the contribution of Dangote in the large scale manufacturing sector.

I- The Dangote Lagos project would be the World's largest single chain refinery: refining Crude Oil with the capacity of 600, 000 Barrel per day.

II- The Dangote Lagos project alone would provide direct employment to 30,000 and over 600,000 indirect Jobs to Nigerians by the end of 2020.

There is also an undertaking for the construction of a 4,000 underground Gas pipeline from Nigeria that would connect the subsaharan region to Morocco.

III- The Dangote Lagos project would also supply the entire African regions with Aviation fuel, therefore cutting off importation of over 1.6 Billion USD from foreign countries.

IV- The Dangote Lagos project would also compete with the global Moroccan fertilizer company OCP in supplying the entire African market, therefore, cutting off dependency on importation from foreign companies of a marketshare of around 800 Million USD.

The list is endless, but the most important thing is that Nigeria (As the most populous Black nation) would not just become self-sufficient, therefore, influencing the rest of the African continent but she would remain an example of Black excellence; where black people do not just build but control their destiny.

Dangote would, most undoubtedly become the world's richest man in the nearest future..

Pictures below is the 3000 tons Fluid catalytic cracking equipment ( FCC)

And the recently delivery of the currently world largest Atmospheric Tower (AT) all set to get the Dangote project activated for 2020.