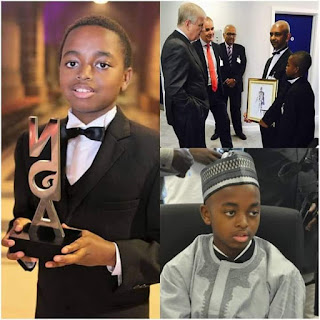 One Of The Worlds Youngest Genius Joshua Beckford Who At Age 6 Became The Youngest Person to Be Accepted Into Oxford University is Currently In Nigeria and set To Build A School In Kaduna. At Age 14 Joshau Graduated from Oxford University with Distinctions In All The Subjects He Studied. When he was A baby he was Diagnosed with High Functioning Austism, while he was just a 10months old baby he could alreadly read, write and understand the Alphabet and by the time he turned 2 he could already read and speak Japanese fluently and at Age 6 while most kids at his age were still learning how to count Joshua was already intellectually ready to attend one of the best universities in the world!!!
NEWS Nigeria