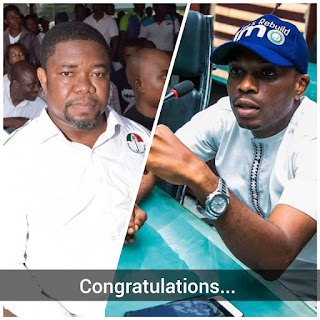 Their appointments were announced on Wednesday June 19, 2019 by the governor who is still forming his cabinet. The Imo bloggers through their Public Relations Officer- Onyejeme Philemon said the appointments are well deserved.

According to  ISBA , "no one would have been better than them, owing to their experiences and track records"

They further stated that, "Abba Maraoke is an exciting fellow in the tech world and that he will bring in his wealth of experience from Microsoft for the betterment of Imo State. We look forward to the new dimension that will be unveiled in Imo State.

Izuchukwu Akwarandu on the other hand, has worked his way to the top in the New Media sector. He is a proven leader, strategist and we can only wish they set a new record while in office."

The group then added that it is their goal to project Imo State in the best light especially on the internet and would be willing to partner with relevant agencies in the state to ensure the Image of Imo State is reddened in the cyber space.
POLITICS