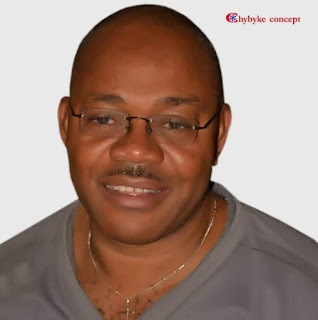 Meet Our Proactive Professor of The Year

He is celebrated as a man of honour and integrity and has received several awards and recognitions.

The  man who is rocking it big as Dean Student Affairs, Imo State University  is  unveiled as Proactive Professor Of The Year and among those  to be celebrated at the upcoming Face of Arise Africa Awards

Prof. Martins is a grassroot mobilizer, charismatic leader and a seasoned academician who has written so many books and delivered several academic papers locally and globally. Professionally, Prof. Martins is a member of Historical Society of Nigeria (HSN), Nigeria Institute of International Affairs (NIIA) and world prestigious International Economics Development Research Center (IEDRC) among others.

He is celebrated as a man of honour and integrity, thus, has received several awards and recognitions.
Besides his outstanding brilliance in the academia, it is most remarkable that from 2008 to 2012, he served excellently well as the President-General, Ngodo Development Union Ngodo, Uturu, Isiukwuato L.G.A, Abia State, Nigeria.

Prof.Nwankwo is happily married to Dr. Mrs. Ijeoma Martins and the marriage is blessed with three children.
Profile