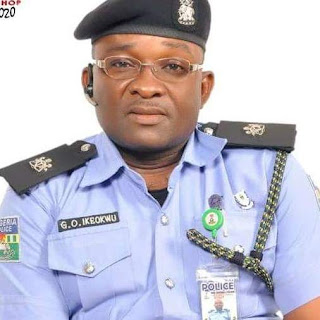 RESTRICTION OF VEHICULAR MOVEMENT/MOTORIZED MOVEMENT AND MOVEMENT OF PERSON(S)

In view of the Gubernatorial/State Assembly elections slated for Saturday, 9th March, 2019, the Imo State Police Command in conjunction with other security agencies in the state as well as other critical stakeholders involved in the conduct of the elections wishes to inform the general public that there will be total restriction of vehicular/motorized movements and movement of person(s) from 6: 00am – 6: 00pm.

Similarly, all VIP’s are hereby barred from moving to any voting centre with their security aides/personnel. They are not to move from one polling center to the other on the Election Day as everyone is confined to his/her Polling Centre/Unit.

The command also warns that there will be motorized/vehicular patrols of security personnel to check the adherence and also enforce same where necessary.
Similarly, all entry/exit points in the state shall be blocked by security personnel as no movement will be allowed until the election is over except for those on essential duties.

However, the Commissioner of Police, Imo State Command, CP Dasuki D. Galadanchi wishes the good people of Imo State a peaceful and successful gubernatorial/State Assembly elections. The command once again use this opportunity to advice all Imolites to eschew violence in all its entirety and go about their lawful businesses without fear of molestation.