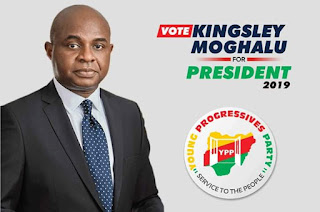 INEC’s Postponement of the Elections Signposts the Recycling of Failure Under the APC and PDP, But Nigerians Should Remain Calm And Resolute To Vote For A New Kind of Leadership.

It is unfortunate that fellow citizens and myself woke up this morning to learn that the Independent National Electoral Commission (INEC) has postponed the presidential election and election into the National Assembly slated for today by one week. Elections for the governorship and the state Houses of Assembly, originally slated for March 2nd, have also been moved by one week.

The postponements are burdensome and their implications are quite serious. School children would now face further disruptions to the school calendar. Economic activities will suffer further setbacks. And Nigerians who have travelled to various parts of the country to vote or monitor the elections that would have held today now face logistical nightmares.

These postponements are further signposts of the incompetence of the APC administration of President Muhammadu Buhari and they represent the recycling of the failures of the past PDP governments. The general elections were also postponed in 2015 under the PDP government.

Nevertheless, we urge fellow citizens to remain calm and resolved to vote-in a different kind of leadership come February 23rd, the new date INEC has announced for the elections originally scheduled to hold today.

I would like to thank the teeming volunteers of my campaign and supporters of our party, the Young Progressives Party (YPP), for their service to our country. Let us ensure this election is a watershed for the liberation of our country from the vice-like grip of the incompetent and visionless leaders of the so-called two major parties.

I remain committed to providing our country the needed visionary and competent leadership.