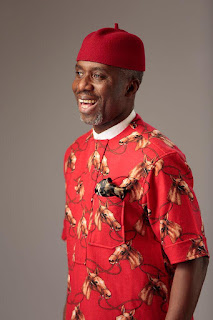 There was a hypothetical character called Hyman Angles in the 18th Century England. He established a foundation for the less privileged and left it into the hands of James White, who managed and doled out funds to hundreds of people who needed help. Angles was a businessman with interests in maritime, metals and rubber, so he had little time to visit the foundation which he founded and funded.

Because Angles was not physically present, rumour mongers ran to town with a story of his uncle in one Eastern Europe committing millions of dollars into the foundation. One Chris Hibrow wrote in his column that Angles was a front for his uncle who was a drug dealer. Several news organisations weaved lies about the 47-year-old millionaire and his foundation because no one told how much he was sacrificing to sustain the foundation.

One day, Angles friend, Charles Winmer, picked up a pen and wrote in a newspaper opinion article that the millionaire had sold three of his choice properties to sustain the foundation. More so, he had willed 60 percent of his wealth to it and also helped 1,234 less privileged people around him.

The stories written and told about Ugwumba Uche Nwosu are all like that. They have been centred around his affinity with His Excellency Governor Rochas Anayo Okorocha, his father-in-law, and how the governor plans to impose him on Imo people. But nobody has taken time to investigate and interrogate Nwosu’s antecedents and capacity to lead Ndi Imo.  Many are not looking at his manifestoes and what he has already sacrificed to make life meaningful for others.

Little wonder Olu Fasan, international trade negotiator and  visiting fellow at the International Relations Department of the London School of Economics (LSE), wrote in his recent column in BusinessDay, “Every election, newspapers and commentators advocate ‘issue-based campaign’. They call for messages containing ideas that the candidates want the voters to support. Yet, just…days before Nigeria’s election, the ideas ..… are hardly the subject of media analysis or public discussion.”

Fasan’s masterpiece was on the presidential election, but it is as relevant to gubernatorial as it is to local government elections.

Ugwumba Uche Nwosu rose from grass to grace without help from anywhere but God. An illustrious son of Umunwokwe, Eziama-Obaire in Nkwerre Local Government Area of Imo State,  Nwosu was born on the 8th of August, 1975, into the family of late Rev. Daniel Nwaobi Nwosu and Mrs. Jemaimah Nwosu.

Uche brought nearly 50 Ezes His Royal Highnesses in Imo State to tears in a recent gathering when he recounted his past and asked them if in their hearts they think any Governor in Nigeria including His Excellency Governor Rochas Okorocha will allow a man without vision and character to marry his daughter. He begged them and indeed the larger Imo voters that he has come to serve and that he has the right qualities to move Imo forward.