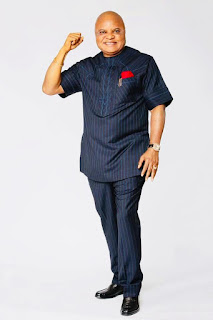 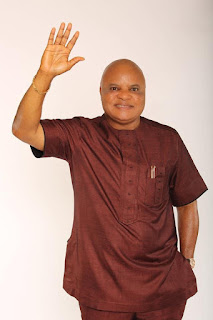 From a humble beginning in a remote village called ISIEBU in Isiala Mbano Local Government Area in Imo State, Godwin Araraume rose to become one of Nigeria’s most influential politicians. His life is a clear vindication of MACHIAVELI who once said that, ‘‘While fate and fortune determine one half of our lives, the other half will depend on us’’.

DATE OF BIRTH AND EDUCATION

CHILDHOOD:
His childhood was eventful and memorable. His parents, Late Mr. Marcus (who was a teacher and later become a businessman) and Mrs Grace Adaezi Araraume were known for their diligence, Christian living and discipline.
These were the virtues they inculcated into Ifeanyi who was seen then by many, as a very promising child. Even though they showed him immense love, as their only male child, they never spared the rod whenever it was necessary to enforce discipline in the home.

VISION FOR THE FUTURE
Senator Araraume is a humanist. He does not like seeing people suffer. He believes that man, particularly, the Imo man should be the Centre of development. This explains why he is strongly committed to the advancement of the Imo man through effective and focused Governance. For him, there is no reason why any Imo man should go to bed hungry. He cannot also stand to see any Imo child out of school.
His vision is to achieve a better Imo with a stable economy that will guarantee the over-all well being of the present and future generations of Imo people.

As A Legislator
Senator Ifeanyi Araraume was in the Senate of the Federal Republic of Nigeria for two terms (eight years). He won election into the Senate in 1999 and 2003 on the platform of the Peoples Democratic Party (PDP).

LEGISLATIVE ACCOMPLISHMENTS
Senator Araraume was one of the outstanding legislators in the Senate between 1999 and 2007. He recorded the following achievements.

He influenced the Constitutional Review Committee of the National Assembly to include a recommendation urging the Federal Government to create an additional state for the South-East. He led a delegation of Lawmakers from the South-East to mobilize support for this objective.

• He facilitated the rehabilitation of the Okigwe Regional Water Scheme by the Federal Government.
• He attracted the Okohia-Isiebu-Umuelemai Road.
• He attracted the Okigwe-Umuelemai-Isinweke-Umuahia Road.
• The Isiebu Community Water Scheme.
• The Isiebu Community Police Station.
• Transmission Lines from Alaoji to Okigwe and provision of transformers (including MV Transformers) to many Communities in Imo, Abia and the entire South-East.
• He attracted the NTA Station, Okigwe.
• The Anara Power Station (Exchange).
* He attracted, through the NDDC, a road from Isinweke to Umuahia with a second bridge across the Imo River.
* As the Pioneer Vice-Chairman of the Niger Delta Committee, he played a major role in the inclusion of Imo and Abia as NDDC States. The original bill presented by President Olusegun Obasanjo did not include Imo and Abia State.

BUSINESS LIFE
Senator Araraume accomplishments are not restricted to politics alone. In business, he has built an Empire that is today providing jobs for many Nigerians irrespective of tribal and religious differences.
He is the Chairman of Exclusive Stores Limited.
Chairman of Harmony Properties Limited.
Chairman of Climax Insurance Brokers Limited among other Businesses.
He has built two industries in Owerri to strengthen the State’s economy and provide jobs for the Imo Youths.
He is also building a branch of Exclusive Stores and Bakery in Owerri.

FAMILY LIFE
Senator Araraume has a stable family life. He is married to Lady (Barr.) Gladys N. Araraume. They are blessed with seven children. All, but one are University Graduates. The last child is still in school.

Senator Araraume is a humanist. He does not like seeing people suffer. He believes that man, particularly, the Imo man should be the Centre of development. This explains why he is strongly committed to the advancement of the Imo man through effective and focused Governance. For him, there is no reason why any Imo man should go to bed hungry. He cannot also stand to see any Imo child out of school. 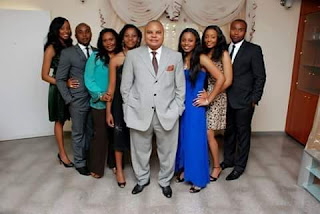