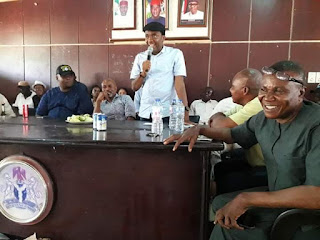 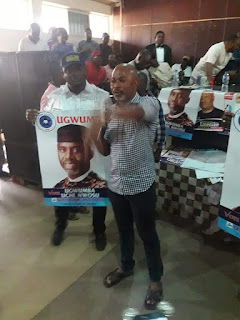 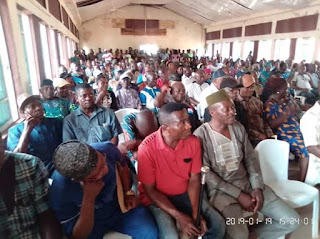 -Says Ehime Mbano LGA have decided to stick with the SENATE POSITION and EMENIKE NDUBUISI.

The perfect alliance got the endorsement of notable members of different opposition parties. A PDP chieftain in Ehime Mbano , Chief Ohamadike Magnus Orjiako described Chike Okafor as one of the best gift to Okigwe South, he declared his support for his candidature irrespective of the different political party they belong to. A notable member of the IMO APC coalition, Chief Zeek Nnadozie Martins and a former PDP Chairman in Ehime Mbano- Hon. John Ndigwe alongside some of his executive were at the event to endorse Hon. Chike Okafor for a second term. Speaking at the event, Hon. Prince Kelechi Iwueze ,the APC chairman in Ehime Mbano noted that the party in the LGA have entered into a perfect alliance with the Action Alliance (AA)political party. The APC in Ehime Mbano also endorsed the Guber Candidate of the Action Alliance, Chief Uche Nwosu, the senatorial candidate of AA; Engr. Emenike Ndubisi, and the House of Assembly candidate of AA; Hon.  Lawman Duruji. The Action alliance adopted the APC candidate for Okigwe south federal constituency; Hon. Chike Okafor as their candidate for the house of representatives seat.

Lauding the alliance , the Hon. Commissioner for science education; Hon. Emma Bukar who represents Ehime Mbano at the state executive council spoke unbehalf of Ehime Mbano leaders and noted that Ehime Mbano is better off with the SENATE SEAT they lost in 2016, and going by political realities, the house of representatives seat should remain with the Etiti block.