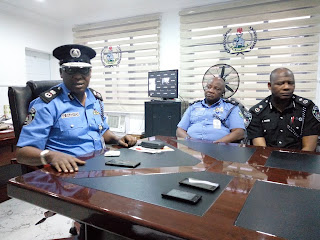 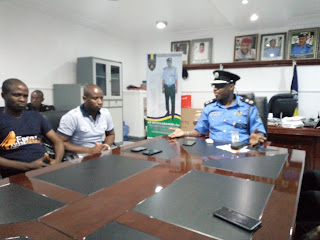 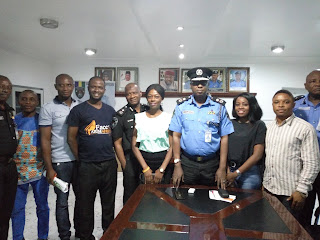 Speaking during the occasion, Galadinchi charged the members of OMPAN to assist the Nigeria police in enlightening the public on the proper means of seeking redress anytime they feel aggrieved and to counter any unbalanced and reckless report made by people on social media concerning security matters in the state.

Speaking further at the occasion, Galadinchi condemned the practice whereby some people take to the social media to abuse members of the Nigeria Police any time they feel aggrieved by the manner in which a policeman treats them, adding that by so doing, such people unnecessarily tend to paint a bad picture of the government and the state. He said the end result of such reckless reports is that private investors become scared to invest their money in the state.

He encouraged members of the public to call the Police Public Complaint line- 08106160007 whenever they have a complaint to make, adding that the Imo state police command is actively using humane strategies which includes reactive policing and damage control.

According to him, the Nigeria police is presently engaged in Community Policing which involves empowerment, partnership, inter-agency cooperation and providing service to humanity.

Earlier, the Public Relations Officer of OMPAN, Mr. Franklin Uzowuru said that members of OMPAN, Imo state chapter were at the State Police Command to establish a working relationship with the Nigerian police, adding that as professionals in online media industry, the association is committed to ensuring that publications on social media concerning security matters are balanced.

In a vote of thanks, the chairman of OMPAN, Imo state chapter, Mr. Ebere Inyama thanked the Imo state CP for identifying with OMPAN and assured him that the association will continue to report news about security matters in line with the rules and regulations guiding the profession.