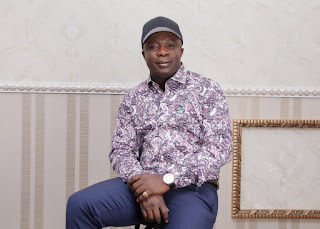 Ahanonu who made this commendation on Thursday while fielding questions from newsmen at the PDP Secretariat , Owerri described the Not Too Young To Run bill  as a clarion call for all  Nigeria youths to rise up and shine.

The youth leader said ," Hon. Nwulu, member of the House of Representatives representing Oshodi-Isolo II Federal Constituency under the platform of the Peoples Democratic Party (PDP),

has given Nigeria Youths  reasons not  to watch political events from the periphery any longer through his youth friendly  bill .

Let us now,courageously step forward and be part of actions that decide our fate by seeking elective positions and other mainstream political and leadership position ,on the platform of PDP, the largest party and most vibrant political party in Africa,he said.

According to the  youth leader fondly call Aburi "This is why the applause that heralded the" Not Too Young To Run Bill",recently signed into law is well deserved. The age limit, which ,aside being an unnecessary impediment that took precedence over mental, emotional stability, integrity and track records as prerequisites for occupying elective positions ,has been removed for good,in the overall interest of youths,the country and citizens. "

He congratulated ,the Ezinihitte Mbaise born Federal lawmaker ,even as he enjoined all Nigeria youths to identify with PDP and aspire for elective positions on the party platform.

"Let us join hands to vote out the All Progressive Congress,APC our collective albatross,so that the glorious days of PDP administration, when salaries, pensions and gratuity were paid as at when due. When jobs were created and employees remunerate accordingly to their qualifications and experience , quite unlike now that graduates and those with Master degrees are employed as traffic controllers on agreed salaries of #20,000 Monthly, that has now been reduced to #10,000 yet they are owed several months arrears .

It will be recalled that , Hon. Tony Nwulu,was recently called upon by Imo state youths to join the 2019 Imo Governorship race to salvage the state from the brink .

The  group spoke person ,Comr. Chukwu Kelechi who spoke on behalf of the youth body  appealed to him never  to reject the clarion call from Imo youths .

Nwulu, however, gave some conditions for accepting the clarion call to vie for governorship ticket, saying, “I don’t want to be addressed as His Excellency.”

He accepted the clarion call from the Imo Renewal Youth Movement, a socio-political, non-partisan group cut across the 27LGA's in Imo to contest the 2019 governorship election.
NEWS POLITICS