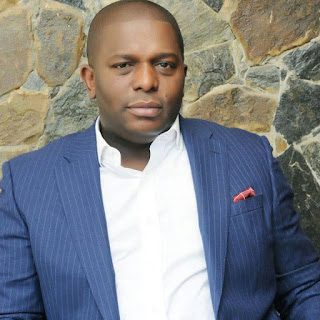 PROFILE OF MASCOT UZOR KALU
According to  Williams Shakespeare,  "Some are born great, some have greatness entrusted on them,  while some achieve greatness by dint of hard work.

The case of Mascot Uzor Kalu could be the combination of the above three scenarios.

Yes the progressive and sustained rise of this great achiever of our time is purely as a result of the combination of the above factors.

The Almighty in His infinite wisdom creates icons in every land and clime and then positions them to be born to whom, where and when His omnipresence dictates. So, it is with Mascot Uzor Kalu who has enjoyed a history of personal, educational, social and political success. About four decades ago, the pregnant mother, young and extremely lovely Elder Chief (Mrs) Eunice Uzor Kalu, at last heaved a deep sigh of relief signalling the end of a Herculean labour. This heralded the arrival of a robust, buxom cheruby baby boy with shiny sparkling attentive eyes. His first draw of fresh earthly air elicited a piercing squeal that reassured all around that this was a child of mission and vision.

After a successful primary and secondary education in Nigeria, he travelled to the U.S. for further studies. He is a graduate of University of South Carolina, where he studied Economics and Finance. He also has an Associate’s Degree in Business Administration from Spartanburg Methodist College. Mr. Uzor-Kalu is a former Certified Financial Planner. He also earned the Life & Health Insurance License, Series 6, 7 & 63, and was also a registered member of the USA Security Exchange Commission and New York Stock Exchange. His outstanding customer relations abilities, teamwork, interpersonal, quantitative and diagnostic skills have landed him several positions of prestige, with numerous well respected and established companies and organizations over the past fifteen years.

Mr. Uzor-Kalu worked with the Vanguard Voyager Services, Vanguard High Network and Vanguard Participant Services. While with this organization, he had repeatedly been awarded the ‘Vanguard Participant Service Star Award’, ‘Vanguard Voyager Service First Thing First Award,’ Vanguard Excellence Award’, and the ‘Vanguard Merit Award.’ With all these accolades, he decided to resign after 5 years of service and to venture into private business. He founded and built EUZOR Investment Company, a private conglomerate which owned a Jazz Café, Red Lion Tavern Restaurants, Zey Motors Company, Zey Trucking and Charlotte First Properties. These companies have recorded high volumes of transactions. In June 2007 the City of Charlotte North Carolina recognised Mr. Uzor as one of the Most Powerful Urban Business men of the year in Charlotte North Carolina. Shortly after that recognition, he was appointed the Chief of Staff to the Executive Governor, Abia State. He was in charge of implementing all Governor’s directives, from the award of contracts to all decisions reached at the Governor’s meetings. He managed over 800 staff who were responsible to him on daily basis. He resigned after 3 years of service, and went back into private business. Currently, he is the founder of Sharlotte Group which is a private conglomerate made up of Sharlotte Oil and Gas Investments, Sharlotte First Properties and Sharlotte Roofs Ltd, Sharlotte Agro, Sharlotte Construction and Sharlotte Technology. Mascot Uzor-Kalu is a board member of the following: SLOK Nigeria Limited, First International Bank of Guinea, First International Bank of Sierra Leone, and SHARLOTTE GROUP.

Mascot Uzor Kalu (MUK) showed quite early in life the diligence, intelligence and compassion that have defined his meritorious life so far. This has characterised his meteoric rise to prominence in the business, social and political spheres where he has become a pivot and a magnetic rallying point among all that have had the privilege to come in contact with him, especially the youths. He remains a brilliant young man of multiple mix, outstanding personality and fame. His positive social aura dominates his environment. Mascot does not assert himself to get noticed. With the dignity of an eagle, the strides of a stallion, and the gait of Adonis, his arrival at social events elicits a razzmatazz. That is Mascot for you. His infectious warmth, effable disposition, and evincible charm have all combined to earn him the widespread acceptance he enjoys from friends, political and business associates.

He is the founder of Mascot Uzor Kalu Organisation, a Charitable organisation which has been in operation for over 12 years. The foundation is registered in both Nigeria and USA, with a focus on Youth Empowerment.

The foundation has funded and graduated hundreds of Youths from Universities all over Nigeria and more especially Abia state University.

The Foundation has also donated to many welfare Organisations across Nigeria and the USA.

In June 2007 the City of Charlotte North Carolina recognized Mr.Uzor-Kalu as one of the most powerful Urban businessmen of the year. Shortly after that recognition  he was nominated as the Abia State Chief of Staff.


He resigned after 3 years of service, and went back into developing and overseeing his private Businesses. Currently, he is the founder of Sharlotte Group which is a private conglomerate.

Mr. Uzor-Kalu is not only Intellectually  poise but he also a dedicated husband, with 4 children, a good Christian and a Philanthropist.