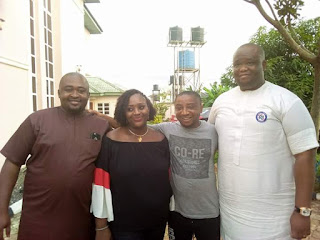 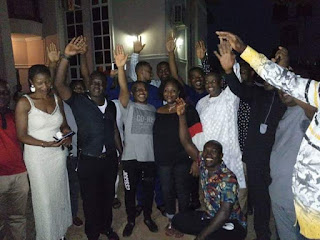 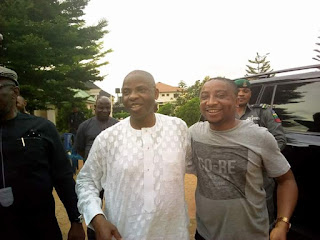 The home of Nke Nke Enyi Izuogu played host to several dignitaries and important personalities.  The Immediate Past  Governor of Imo State, His Excellency Dr Ikedi Ohakim was among the friends, well wishers  that came calling during the weekend.

On Sunday, May 20, 2018, he and his entourage  visited  the Aniches as the wife of Chief Ikenna Aniche, (Nke Nke Enyi Izuogu), Princess Thoephila Ikenna Aniche, marked her birthday.

According to our sources, the  Aniches who were surprised with the unscheduled visit could  not hold back their joy as Chief Aniche said Ohakim remains a special leader.

He said that if every other leader in the state were like Ohakim, Imo State would have been a better place, adding that it would be in the best interest of the state to have him back in 2019.

Dr. Ikedi Ohakim arrived the residence of Nke Nke Enyi Izuogu in Owerri to the tumultuous welcome of the youths gathered for the birthday. He sang the birthday song for the elated celebrant, Princess Thoephila Ikenna Aniche, and urged her to enjoy her day, even as he prayed for better days for her.


We join millions of your fans to celebrate a virtuous and Unique  woman -
Princess Thoephila Ikenna Aniche  as she makes the trip around the sun.

Happy Birthday from all of us at Arise Africa
Gist