AHAMEFUNA: To their peaceful gods of mayhem. A poem by Chido Nwangwu. 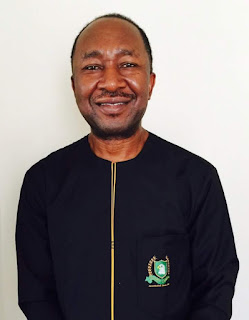 For how long
should I appease those/
all-knowing gods of mediocrity?

For how long
should I be that/
sacrificial, monthly burnt offering to their
peaceful gods of mayhem?

For how long
should I be that/
target of some reptilian, choking, bloody
dances of death, in my own village by these/
gentle troops of lethal impunity?

For how long
should I be that/
brave one without means and things to
defend the herd of goat in the homestead/
protect the frontline stock of
the courageous, at home and elsewhere?

For how long
should I be that/
Overcomer who, continues to fall
for the instigation to cast all
my survivalists’ discretion to their whirlwind,
foxtrotting, into their deathly reptilian dances?

For how long/
should I forget/
For their fear of Biafra,
targeted persons, we’ve become; all
offsprings of Odumegwu, the Lion of Biafra!

we’ve become; all
witness bearers and truth-tellers/
in unapologetic agreement with
Ugonabo Chinua Achebe who wrote:
There Was a Country!

I say, it was not Wakanda; it was Biafra!

•Dr. Chido Nwangwu is Founder & Publisher of Houston-based USAfrica multimedia networks, first African-owned, U.S-based newspaper published on the internet USAfricaonline.com;  and recipient of several journalism and public policy awards. He has been profiled by the CNN International for his pioneering works on multimedia/news/public policy projects for Africans and Americans. He worked previously for the Nigerian Television Authority, Platform magazine, and the Daily Times of Nigeria; and has served as adviser on Africa business to Houston's former Mayor Brown. USAfrica, CLASSmagazine and USAfricaonline.com are assessed by the CNN and The New York Times as the largest and arguably the most influential African-owned, U.S-based multimedia networks. USAfrica established May 1992.
Education