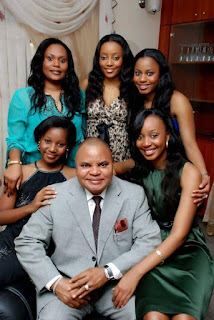 
In our clime today, people now present themselves spending huge sums of money to get elected into political offices. Often times, we find even societal rejects buy their way into public offices against the wish of their people. The influence of money has reduced the power of the people to elect their representatives. People often mortgage their rights by selling their votes for a “pot of porridge”. The effect is that elected representatives feel they have bought their way through and don’t owe the people democracy dividends anymore.

Often times in our political decision, we tend to vote for politicians on sentiments without properly scrutinizing their personal and family background. We are often moved by clannish sentiments of place of origin or swayed by politicians who are good orators and their eloquence blinds us to their inadequacies and incompetence.


As we draw close to the dawn of a new political dispensation, we must scrutinize all political actors and dramatis personae seeking to represent us at all levels. We must look beyond the aspirants and examine his/her family background. A man or woman that cannot maintain a healthy home, cannot run a state properly or represent a constituency effectively. We have had reports in the past of governor’s that exchange blows with their spouse in government house, we have read of some children of public office holders who run the government of their father that pretend to be in charge. We have also heard of politicians with illegitimate children at home or abroad. A family of gluttons for instance would covert state resources to their personal use.


In therefore present as a shining example, the family of Senator Ifeanyichukwu Godwin Araraume as the ideal first family, Imo deserves come 2019.

Late Grace Adaezi Araraume (nee Anyiam) is the mother of Senator Ifeanyi Araraume. She was a successful business woman in Benin. Her maiden home is in Umuezeala Egbe in Umuluwe Ajirija in Osuachara, the same Osu clan she is married into. Her maternal home is in Ezumoha in the same Osu clan in Isiala Mbano.

The young Ifeanyi Araraume read in Nigeria and abroad. He was at Dick Tiger Memorial Secondary School, Amaigbo, Nwangele Local Government Area of Imo State where he met his beautiful wife, Gladys now, Barr Lady Gladys Araraume. He read Business Administration at the University of Lynchburg, Virginia, USA, and earned a master’s degree (M.Sc.) in International Relations from the University of Benin. He has attended numerous executive courses and obtained several certificates on leadership and legislature. He is widely exposed and travelled. He learnt his business skills from his parents, as an only son with two sisters and married early. Ifeanyi Araraume had to take over the family business upon the death of his father, the tutelage and experience from which inspired Exclusive Stores, rated as the largest individually owned supermarket chain in West Africa.


Senator Ifeanyi Godwin Araraume, a two term Senator that represented Okigwe Zone in the Senate of the Federal Republic of Nigeria, is a man with verifiable income as a well-known business man with interest in Construction, Retail, Real Estate, Banking, Insurance and Trade. He is the Chairman of Exclusive Stores Limited, Climax Insurance Brokers Ltd, Markus Construction Company, Harmony Properties Limited and a one-time Director, defunct Inland Bank Plc (now part of FCMB) etc and the Ugwumba of Okigwe Zone (a title he earned from the traditional rulers of his zone in 2000).  He is presently, a Federal Commissioner representing the South East in the National Communication Commission, NCC. He is a Knight of St. John International, KSJI.

Barr Mrs. Gladys Araraume earned her law degrees and diploma in Social Works from Edo State University, Ekpoma. She is the Vice Chairman of Exclusive Stores. She is widely traveled and exposed, humble, amiable and approachable personae, Lady Barr Gladys Araraume has seen life at all strata of society and can mix up at any level. She is charitable to the poor, available to the rich and approachable to all.

Ifeanyi Araraume Jnr (Esq) acquired a bachelors and masters degrees in law from University of Buckingham, UK a Master’s in Business Administration. He worked with Lateef Fagbemi (SAN) Chambers before he was appointed as a two time Commissioner in Imo state and served without blemish. He is a business man and currently the Managing Director of Exclusive Stores.

Obinna Araraume is an Economist trained at the University of Portsmouth, UK. He is a business man and works currently as an Executive Director in Exclusive stores. He is married with children.

Mrs. Ifeoma Graham Douglas is a British trained lawyer from Queen Mary University and is the Managing Director of Exclusive Oil & Gas Ltd. She is married and blessed with children.

Amaka Benson is a Chemical Engineer trained at the University of Dundee Scotland with a bachelor’s and master’s degree in her kitty. She is a well-known blogger and CEO of Makys Blog. Amaka is married with children.

Nkeiru Oloyo studied Business Economics at the University of Surrey, UK. She has a master’s degree in Economics from the same university and currently the MD/CEO of N & N Smoodies; a major smoodie company in Abuja. Mrs Oloyo is married with children.

Nneka holds a bachelor’s degree in Business Economics and is works with a federal government agency in Abuja. She is married with children.

Ogechi Araraume is a student in the University of Birmingham studying Business Management.

From the foregoing, we can see a family that places a lot of emphasis on quality education, hard work, a family well established by God Himself with humility in prosperity, contentment and strong Christian values of fidelity to causes and friends’. A family that will not feed fat on state funds, a family that has everyone busy and positively engaged.

This is the First Family, Imo deserves.