Leadership and Succession, The Problem of Imo State Economy. 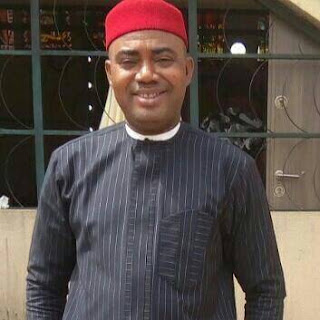 Imo State is a civil service state so the circular flow of income starts from the government. Imo State is not known for Industrial and heavy commercial activities except for Hotels which can be classified as services industry and not manufacturing. As a result the success of Imo State economy revolves around who becomes the Governor. If the person is economically and administratively sound the state will have a robust economic activities but if not your guess is as good as mine.

Therefore, leadership and succession is very important in Imo State because of this peculiar circumstance we found ourselves. Unfortunately, we have always been missing the mark and allowing the process of which our leadership emerges to be hijack by the same set of people since 1999 and it has been from one complaints to another in each administration. We are on the threshold again and the same template is already playing out and if nothing is done the complain trend continues.

In my over 16years of organised private sector experience and as a political conscious adult two major strategies have worked well in leadership and succession plan in Nigeria both in private and public sector. First, is allow the incumbent to, among his acolytes, groom and select a successor because he understands the system and his judgement on the political class around will certainly be better, having known and worked with all of them. Classical examples are,
I) Ashiwaju Bola Tinubu and Barr Babatunde Raji Fashola in Lagos State.

The second strategy is for people to make paradigm shift from known political class and choose a successor with a well known private sector background, seasoned technocrat with a verifiable records and pedigree to mount the leadership of the State, an example of this that easily comes to mind is Anambra State and Peter Obi, when the people of Anambra State got tired of cabals running their state, all progressives lead by Ikemba himself Dim Chukwuemeka Odimegwu Ojukwu and all they elites rallied around Mr Peter Obi and dislodged the Chris Uba's and Emeka Offor's of this world and today the rest is history.

In the two strategies mentioned above Imo State have not adopted anyone and that's the problem we have in Imo State political and economical till date. If the template do not change will remain where are after 2019.

For avoidance of doubt let us recall that in 2007 neither His Excellency Achike Udenwa nor the system gave us a Governor and we cannot forget His Excellency Ikedi Ohakim who succeeded him in hurry how he was chased out of office but the blunder was, we did not choose from the private sector and His Excellency Rochas Okorocha emerged from the political class, his reign we are still witnessing till date.

We are now left with two questions begging for answer which is
1) do we allow His Excellency Rochas Okorocha to choose among the political class and give us a Governor come 2019? Or
2) are we prepared for the paradigm shift to choose from among tested private sector technocrats come 2019?

In my opinion, anything else outside these two strategies will put us to ruins. All these "later day saints" politicians and "born again" criminals masquerading our political space since 1999 will not take us anywhere. A Leopard, no matter the rain cannot wash off its black spots. If they are really thinking for the masses, feeling our pains and want to prove that they are better than His Excellency Rochas Okorocha let them all drop their selfish ambitions cue behind a well known Technocrat
with Transformational economic theories that will revamp Imo State economy, anything short of this is another deceit and our people should beware.