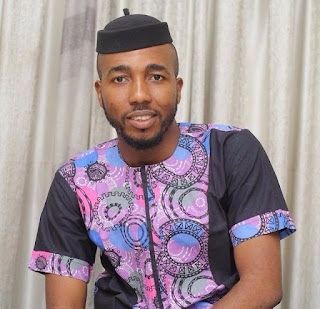 Irked by the deplorable state of roads and health facilities in Njaba Local Government Area of Imo state and the high rate of unemployment in the area, an industrialist, Mr. Victor Obinna Orgazi has promised to create over 200 jobs for the youths of Njaba if he is voted in to represent Njaba LGA at the State House of Assembly in 2019.

Speaking with newsmen penultimate Friday, Orgazi who was the vice chairman of Umuaka Welfare Association in the United Kingdom, said that his mission in politics is to bridge the gap between the rich and the poor in the society.

In his words; “My major concern is to create jobs to improve the wellbeing of the youths. Owerri as we all know attracts a lot of tourists every weekend. The hotels are filled up and most of these people get bored during the day. I will attract a resort at the Njaba River which will create more than 100 jobs permanently for the young people and maybe another 100 indirect jobs”.

Speaking further, he said he has acquired land on which to build the resort.

“As we speak now, I am in the process of acquiring 80 plots of land in that place. With the support I will get as the Member representing Njaba Constituency, I will be able to lure the government to create that resort.”

Orgazi decried the poor state of health facilities and roads in Njaba and assured that he would do something to reverse the situation when elected into office, adding that he would attract foreign investors to the area who would turn things around.

“When I go to the hospital in Umuowa, I find only Njaba citizens there which shows that no decent hospital exists in the area. We can create a conducive environment for investors to come home and build hospitals. There are other areas that my people are lagging behind, for instance, some of the roads that are being constructed in the area are just a joke.”

Speaking on his antecedents, Orgazi said he has traveled extensively and has given back a good measure of his wealth back to the society.

“I have travelled to 33 countries over a period of time, lived through many cultures and gathered enough experiences and vast knowledge required to represent the people of Njaba well. I have given 70% of my life’s earnings towards the improvement of lives and sponsored tens of people through secondary and tertiary education”

Orgazi made the best grade in French Language during the time when he studied at the Government Secondary School, Owerri and later in the year 2000, he was sponsored abroad by the French government in conjunction with the National Association of Nigerian Teachers to undergo a three weeks training course in Cote-de-Voir. Upon his return to Nigeria in 2002, he represented Imo state twice at national competitions in Yobe and Plateau states where he came 2nd and 1st respectively.

In 2005, Orgazih left the Federal University of Technology Owerri (FUTO) where he was studying Industrial Micro Biology and proceeded to the UK where he studied Networking Technology and later enrolled at the Fashion Retail Academy in London.

Orgazi said he does not have any political godfather, adding that the major reason why he is seeking to represent the people of Njaba is to help bring accelerated development to the area.

“I don’t have any political godfather and if I am honest with you, a lot of people from my constituency do not like the fact that I am an outsider. I don’t like debts and I don’t like to owe people in that respect. The only reason for which I am seeking this position is to help bring about accelerated development. I have worked very hard with my own resources, funds and earnings but it doesn’t go far enough. I believe it is better to sit at the table where decisions are being made about our future, to lend my voice where it could be heard.
POLITICS