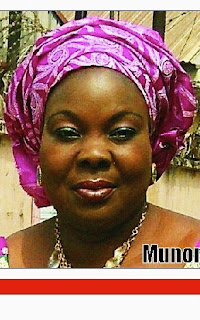 Publisher/Editor-in-Chief of Frontline Express Newspapers, Amb.Mrs Shirley Munonye has congratulated the people of Arondizuogu in the Ideato North LGA as they celebrate their Ikeji festival.


In a statement signed by the media icon, she described the Ikeji festival as a colorful and glamorous event which showcases the rich cultural and traditional heritage of the people of Arondizougu. She maintained that the style, color and attraction which the festival commands among the people and across the world stands it out as one festival due for recognition in the place of National cultural events.
Shirley Munonye further enjoined the people of the area to seize the opportunity to obtain their permanent voters card PVC from the local government council headquarters in Urualla. “This is a huge opportunity as they have come home, they can register and obtain their PVC’s, this way they will have secured their right to vote-in leaders of their choice in 2019. Ideato North LGA is blessed with huge potentials but because of clueless leadership and greed our leaders over the years have rendered the youths perpetually unemployed, they have committed the area to the darkest sides of history and the women have been left to age speedily because of avoidable stress and lack of care”.Munonye said.
Amb.Shirley Munonye is the vice chairman Imo Independent Newspapers Publishers Association and BoT secretary/National Treasurer of community Newspaper publishers Association of Nigeria (CONPAN). She is from Umukegwu, Akokwa.
NEWS