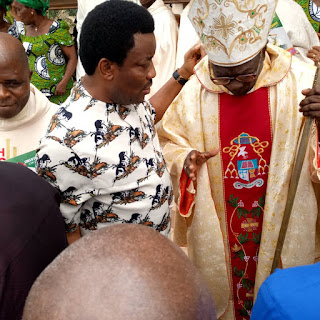 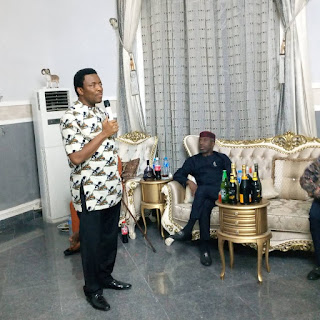 Gospel artiste and okigwe south representatives in the house of representatives, Hon. Deacon Chike John Okafor has once again reinforced his commitment to the work of God by donating a million naira to the completion of the Okigwe diocese Cathedral. This is coming months after he donated an eighteen seater bus to Ihite-uboma deanery CWO of the Okigwe diocese and another bus to Obowo deanery  CWO . 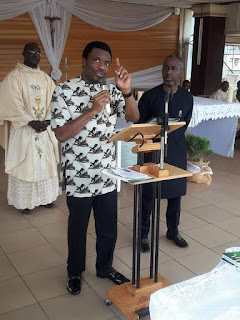 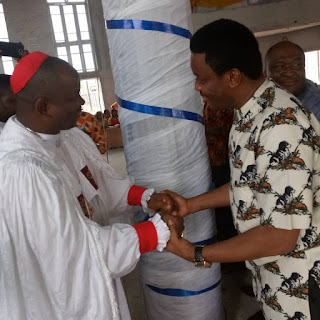 The lawmaker whose approval rating is at an all time high, following the unprecedented free medical surgeries, new hospitals, schools , job opportunities and other amenities he has attracted to his federal constituency made the donation after the Imo state government through the chief of staff presented half of the state government pledge of one hundred million naira to the diocese . Deacon Chike Okafor who is known as the tireless voice among his colleagues because of his meaningful contributions on the floor of the house said "" though i was not invited for the fundraising  , when i read on our local tabloids that the state government made a donation that would go a long way in completing the project, i decided to support in my own little way""".  Immediately, he presented the sum of one million naira to the lord Bishop. (EKWUEME)

The catholic bishop of  Okigwe diocese ,Bishop Amatu thanked deacon for building the ST. Joseph Catholic church Parsonage in Obowo (A mansion he built for the priests) amongst other contributions he makes to the church despite not being a catholic. He promised to put him in his prayers as he has done noble. The honourable commissioners and TC chairmen present led by High chief Emma  Bukar, Hon. Commissioner for science education, technology and vocational education also made a joint donation of five hundred thousand naira to the church in support of the state government represented by Ugwumba Uche Nwosu  .

Chike Okafor whose re-election would mean bringing home the speakership to the state and his constituency also stormed ngor-kpala for the inauguration of Believe movement with the Chief of staff. He called on his supporters around the state to support the Uche Nwosu  project which he strongly believes in .
NEWS