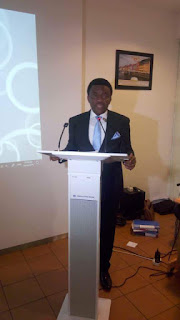 Hon. Chike Okafor delivers the keynote address at the European Union (EU) organised High Powered Round Table meeting on a Bill for the Establishment of a National Agency for the Welfare of Vulnerable Persons (NAWVP). Held on 24th April, 2018 at European Union Delegation office,  Abuja. 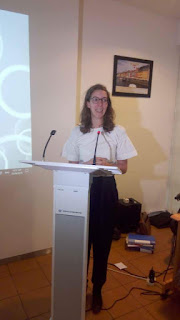 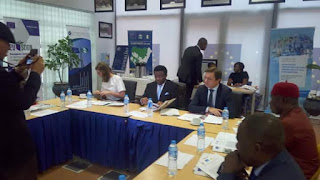 Hon. Okafor, Chairman House Committee on Healthcare Services in the Federal House of Representatives, in his capacity as the keynote Speaker stated that as legislators, they are aware of the importance attached to the promotion of rights and social welfare of vulnerable individuals all over the world. 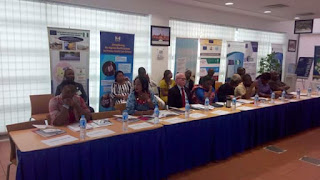 Emphasis has been on the protection of rights to women, children, elderly and people living with disability with less emphasis on other group such as persons with Albinism, down syndrome, sickle cell, autism etc.

Hon. Okafor is worried that these group of vulnerable persons face impediment from accessing adequate healthcare, social services, legal protection and so on.

According to him, this is capable of denying them the full social or economic tools to live productive life and the inability to compete favourably in the labour market, and are unable to reach their human potential. This has the potential to slow the social and economic growth and development of our nation and at such, there is a need to create a  supportive environment that will build their self-esteem by removing social-economic and cultural barriers to their development.

No nation can lay claim to civilization and development without a clear policy,  structured to take care of the less privileged.

According to Hon. Okafor, The Bill for the Establishment of a National Agency for the Welfare of Vulnerable Persons,  presently before the National Assembly, when passed, not if passed, will provide a legislative backing towards the improvement and protection of social-economic, political and human rights of individuals with special needs.

He assured the stakeholders that the House of Representatives of the 8th Assembly is committed to making laws that will go a long way to raise the standard of living and create a favourably condition for an all-inclusive development.

Hon. Chike Okafor commended the efforts and supports of the European Union and other foreign organizations that has helped in promoting the rights and welfare of vulnerable individuals. He  praised the quality leadership of Mr. Jake Epelle, Founder of Albino foundation and encouraged him to keep the spirit high.

Hon. Linus Okorie (Ebonyi state) - the sponsor of the Bill made it known to the stakeholders that funding of the agency when the Bill is passed wouldn't be a problem because the European Union and other foreign organizations will take major responsibility in that regard.

The European Union Ambassador to Nigeria,  His Excellency Ketil Kerlsen and the Rep. of German Ambassador assured the stakeholders of their continuous support towards the promotion of rights & social welfare of vulnerable individuals in Nigeria.