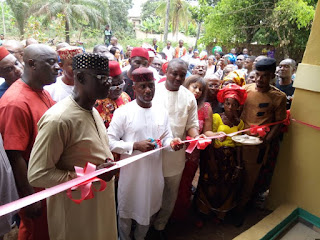 ...as he dedicates his son, Alex
By Francis Ndimkoha 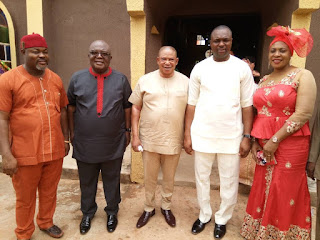 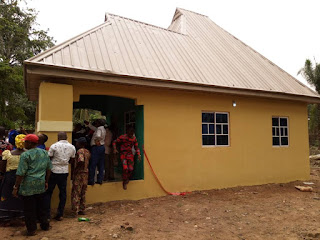 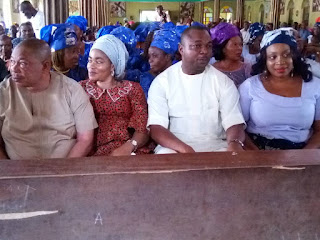 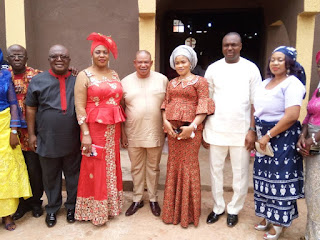 Speaking on the occasion, Hon. Agabige who holds a traditional title of ifechukwu kwuru n'Orsu told the audience gathered at the venue of the hand over of the apartment that the gesture was of the many in his kitty, which he keyed into the She Needs A Roof Project (SNARP) vision of the wife of the Imo State Governor, Her Excellency, Mrs Nkechi Rochas Okorocha, Ph.D.

The cutting of the tape was performed by the Chief of Staff to the Imo State Governor, Ugwumba Uche Nwosu who congratulated the parliamentarian for his effort and urged the people to continue to support him even in his re-election bid.

In the country home of Hon. Agabige, the Deputy Speaker of the Imo State House of Assembly,  Rt. Hon. Ugonna Ozurigbo offered prayers for the speedy and healthy growth of the child even as he thanked God for the gift of life.

Earlier in the during the church service, the speaker of the House of Assembly, Rt. Hon. Dr. Acho Ihim, who was accompanied by the Chief Whip of the House, Hon. Barr. Innocent Arthur Egwim thanked God for the gift of a new born baby to the Agabige dynasty, which he acknowledged was not an easy feat for the family, considering the circumstances at the time and also thanked the people of Orsu for believing so much in Hon. Agabige and assured them that Hon. Agabige has all it takes to be the Speaker of the Imo State House of Assembly, if the people send him back again, in 2019.