Thinking about Politics and Humanity> By Dr Chima Anyaso. 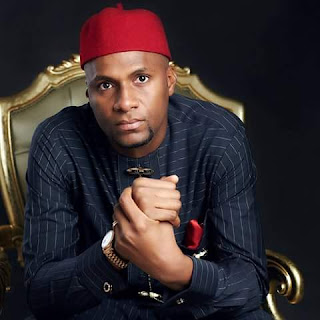 While relaxing after a hectic day at work, I had an interesting and stimulating conversation and mild argument with my very young friend and mentee. Something stuck with me after that conversation and I am here to share my opinion on the topic above and answer some of his questions.
PLEASE READ!

For every MISSION embarked upon by "man" there is a driving force, a goal to be achieved and benefits to reap. And for that mission to be accomplished there are processes, methods, strategies that must be adopted. These processes and methods maybe tedious, time consuming and capital intensive depending on the mission but can never become the mission in themselves but means to accomplishing the mission.

Politics is a process, in study, practice or application. it's not an isolated practice but a process employed to achieve a goal or accomplish a mission. Even in practice, effective politicking will involve but not limited to negotiations, bargaining, alignment, lobbying to accomplish a goal that may be independent from the process.

For the purpose of this short article we would consider the definition of politics that states thus;
noun: politics
1. 1. �the activities associated with the governance of a country or area, especially the debate between parties having power.

The above definition further validates my  postulation; that politics is not an isolated practice but a process. Politics is employable in any human interaction whether as individuals, class or group. Hence we have what is referred to as boardroom politics, international politics even church politics. In Any instance, it's employed as a means of achieving a goal.
When political parties campaign and debate, they make public their proposed good policies, development of infrastructure, education, health care, power, economy and so on. These become the MISSION they seek to accomplish.

So by implication, the acceptable MISSION for which one can seek political power through public validation is for the betterment of Humanity.

So, to what end (MISSION) are we politicking?

Growing up in Hodgenville, Kentucky, Abraham Lincoln as a young lad hated the idea of slavery and slave trade which according to him was a clear violation of the very foundation on which the United States was founded. From time to time he would come across slave auctions; blacks being sold off to Cotton farms, Indigo farms, grain farmers in the South where they will be subjected to inhuman treatments such as lynching, castration, skinning- an evil practice of removing the foreskin off the human body while the person is still alive. Lincoln considered these actions as crass violation of human dignity and humanity and was determined to do something about it.

Several years later Lincoln who had become a lawyer running a very successful law practice joined politics.
Remember, Lincoln had a motivating factor which is his pursuit of freedom for blacks.

In 1847 as a US congressman Abraham Lincoln sponsored a bill seeking gradual emancipation of all slaves in the district. the bill failed but he wasn't discouraged. Undeterred by the failure of his bill, in 1858 Lincoln joined the race for the US senate and in series of campaign debates he spoke harshly against slavery, slave trade and it's expansion. At this time, he had made the abolishment of slave trade his MISSION. Remember, Every political aspirant has a mission, a driving force, a goal to achieve and benefits to reap.

Lincoln lost his senatorial elections But In 1860, Lincoln secured the Republican Party presidential nomination as a moderate from a swing state, though he gained very little support in the slaveholding states of the South, he swept the North and was elected president of the United States of America.

Now, remember where he started? The processes, the contests and failures! But he had his eyes set on a goal to uplift humanity and uphold her dignity.

As president Lincoln was better able to effect the abolishment of slavery by voter consent and began to push for the right of blacks to vote.
For Abraham Lincoln the long rigorous process he passed through to become the president never distracted him from the MISSION.

Reflection; To what end (MISSION) are we politicking?

Politics is an integral part of the democratic leadership selection process so it's here to stay. In itself it holds no threat to our existence but the ambition and missions or motivation of those who engage in politics should be of concern to us all. There is an unhealthy prejudice some of us young people hold against politics, we often just conclude that whoever is going into politics is going for personal selfish reasons. Unfortunately, the evolution of human relations and in furtherance of the modern structured society, politics has become the means through which the activities of societal leadership is carried out. In a case where a man wants to make a change there are inhibitions which only politics can navigate.
Lastly if we select our leaders through a political process, then we should also have credible people join that process otherwise we will sit idle criticizing while our society gets mortgaged by shortsighted people whose interests are divorced from that of the electorate.

"Man's imperfections and frailties are by divine design but his inhumanity is a deliberate choice".