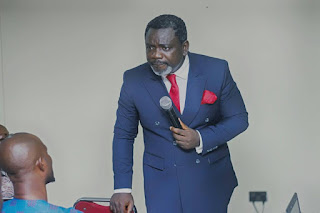 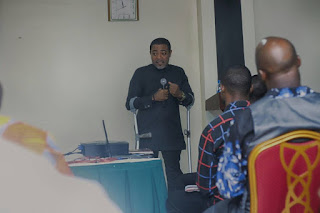 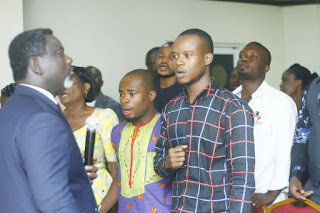 Yesterday was mind blowing as  Imolites had the opportunity of  being educated by Dr Linus Okorie and Mr Ugochukwu Omeogu on financial and wealth capacity building at Rock view Hotels in Owerri,  IMO State. 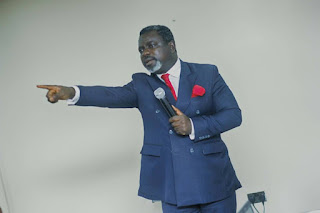 According to the speaker, Wealth creation is a science and therefore requires competencies. To build Wealth one needs to build the capacity to manage it first. 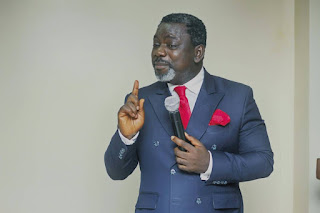 Prosperity is a mindset.

In order to achieve the new culture of progress and prosperity we aim to entrench in our darling Imo State, we have to start where it all begins.

It begins in the heart. For as a man thinks in his heart so he is.

If a man think he's poor, he'll collect monies from thieving folks and wage war against his own consciousness and conscience.

We need to point the way to the path of prosperity that starts with a mindshift, a robust awareness of the largesse of wealth that lies in the human potential.

Without that, all efforts at creating a prosperous state will go to waste.

And so, yesterday,  a session for the great ambassadors of #ImoNkeAnyi here in the city of Owerri where we equipped them with fundamentals of wealth creation.

Assembling world-class consultants like Ugochukwu Umeogu,  shared concepts, drilled home principles and pointed out opportunities abundant all around us.

We are not just a movement to rabble-rouse. We are here for transformation.


The group were also guest at Peoples Assembly on HOT FM Station for one hour, educating and informing listerners on what to expect from Imo Nkeanyi Movement.  This is the fourth month of their Radio Tour which has seen them go from My Darlign FM, Orient FM, Hotfm, Zanders and most media houses in the southeast.

Callers from different part of the country found the information given concerning the Imo Nkeanyi movement as timely and made commitments to attend.

"When Imo Nkeanyi meets, we are engaging people on how to be better people, we are training, developing leaders who we believe will make a positive change in the society.
Why do we keep doing things in a particular way and keep having the same result....we have tried various politicians its about time we give the right kind of leaders who have the capacity to take over reigns of governace."

*Is Leadership learned or inardent?*
Anyone can develop your God given gift. Leadership whether inborn, if you dont develop it, you can not exercise it. If you are not a good leader, you cannot be a good ceo.

Anyone who has been listening to us will know there is no place for Godfatherism. We have the ability to change the society. You would understand that you dont have to ride on the back of anyone to get to govern.
24 years ago, a young man called Dr Linus Okorie began a movement know all over the world as Gotni to change how people think. He has done a mavelous job so far. God will help us raise the people that would change this country. 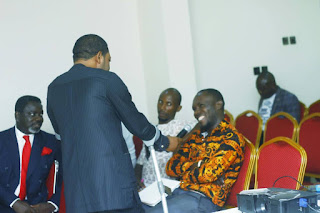 *Why do group come up to galvanise people during elections, after elections we dont see them. Is there no pressure group that can change the system? Is it only when you get to Government that you can effect that change?*
This is a movement that started quite a long time. We find it pertinent to give people opportunity, engage people so we can achieve a good purpose and that is good leadership. 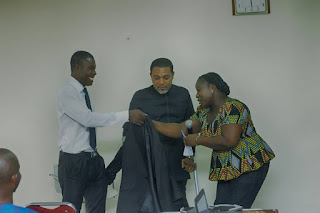 If you go through every higher institutions, NYSC orientations, we have been running youths summit every year. We have the first Leadership Center in this country. This leadership we have been teaching, its about time it's applied. 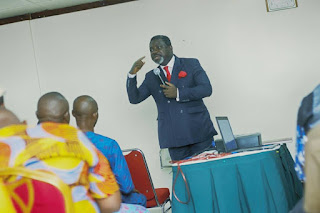 The new Imo we are building is not for a particular class. It is for the whole people.

I was in govt for many years, what mattered to me as a Chief Executive is to get the job well done. Jesus when he choose 12 apostles, he did not care where they were from. Among them 4 were from the same family. At Imo Nkeanyi, you must have a big picture. A momentum that would transform Imo into a model. What we want to do is transform Imo into a model state.
Not only do we have the idea, we have the intergrity and capacity to deliver.
We have the vision to transfor Imo in a shortest possible time

We advise the youths to take their future in their hands. If you think somebody will put it in your hands, it is a wishful thinking.

You were told the future belongs to the youth.
That future is now. Come now and lets engage.. If you want change, you must be part of the movement. To join, visit www.imonkeanyi.org to know more about Imo Nkeanyi. 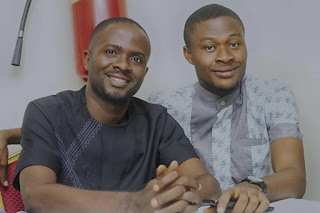 CONTACT US
Contact us for News publishing and advert placement. Call +2348037512288
Send your contents & articles to iksommies@gmail.com
NEWS