Imo Guber 2019: Will Linus Be The Messiah 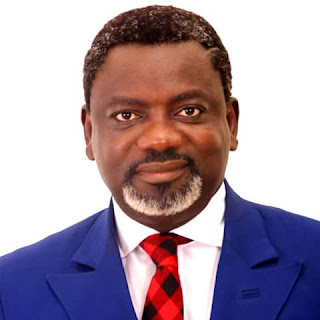 Do you know that Linus Okorie is another candidate to look out for in the 2019 Gubernatorial race in Imo State?

Leadership coach, Host Leadership Clinic -AIT, Author of the book Leading Beyound Today and several other books has actually made himself available to serve the people and would certainly  to run for Imo Governorship position in 2019 during a press conference which held weeks ago in the Amaechi hall of Rockview Hotel Owerri.

He has no dent so far as an aspirant and have coached and raised so many leaders around the world of which I attended one of his Leadership seminars few years ago in the city of Owerri. I can say that Imo will indeed be a wonderful place if everything he mentioned is brought to reality

Linus was the first elected SUG President of Imo State University at a period when Ugwumba Uche Nwosu served as the Director of Transport. Linus claims to have a blue print that will transform Imo State.
He is a but the truth is that the State Leadership set up is different for the SUG setting, can that be enough experience one may ask.

The atmosphere is getting heated up and many people are declaring for one position or the other, and Imolites need to conciously make choices that will reflect positive in every corner of the state.

Will Linus be the Messiah?