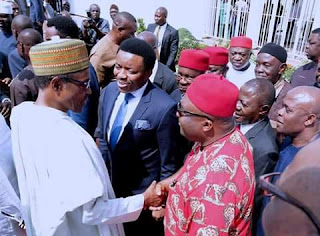 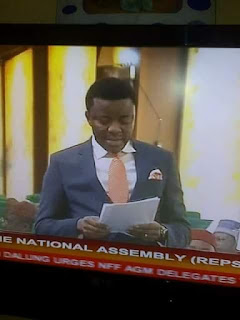 Following the suspension of the Executive Secretary of the National Health Insurance, Prof. Yusuf Usman, by the Health Minister, Prof. Isaac Adewole, in July, 2017, sequel to his appearance before the House of Reps Committee of Healthcare Services, headed by Hon. Deacon  Chike Okafor during which he testified against some unethical activities in the ministry, during the investigative Public Hearing conducted by the Hon. Okafor led committee, Hon. Okafor had the legislative duty of witness protection.


And so, leaning on the standing rules of the House, Hon. Deacon Chike Okafor had argued that there was need to protect any witness who testified before any committee in the House.

Hon. Okafor subsequently moved a motion asking the house to declare the suspension illegal, unfair and a witch hunt, granted that the supposed suspension was a fallout of the testimony of Prof. Usman before his committee in the Green Chambers.

The house adopted the whole prayers and directed the Hon. Minister to recall the Executive Secretary, immidiately.

Mr. President eventually reinstated Prof. Usman Yusuf, in the absence of the Minister doing the needful, in line with the resolution of the house via the motion moved by the Chairman House committee on Healthcare Services, Hon. Deacon Chike Okafor.