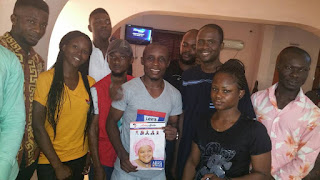 The Arise Africa - an international magazine set upon a  standard, with the mission of raising the beautiful continent of Africa,  celebrating people, places and values.

We promote our rich cultural heritage.

We increase awareness of bordering issues within our country and beyond.

The Arise Afrika is founded by Mr Ikechukwu Anyanwu (CEO Sommies/Face of Arise Africa)  to contribute towards development through out Africa through its focused vision and strong values. 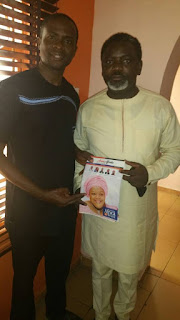 The Publisher of Arise Afrika speaking to online publishers in Imo unveiled plans to host another edition of the Annual AAM AWARDS he called on the public to start sending their nominations which would be compiled after which their would be an online voting to determine the eventual winners which would be announced at the Grand Finale.

The much expected  Face of Arise Africa Pageant & Awards  will kickoff Nigeria, Imo State   from July 28, 2018 to August 4th, 2018 with a series of events including Arise Africa Magazine Awards,  an international fashion show, Tourism, & Entrepreneurship seminar.

The purpose of the event is to  celebrate our  culture, people, places and values.

The event organizers are: GCFN Consult, ISBA and Sommies Ltd.

This event would also put smile on the faces of the less privileged as percentage of proceeds from tickets will go to charity.

Face of Arise Afrika Models  will be featured at the Fashion Week.